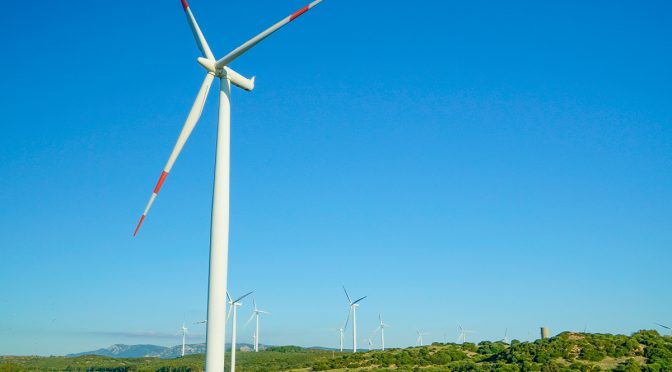 SolarPower Europe, WindEurope, ANEV, ANIE Rinnovabili, Elettricità Futura and Italia Solare have called on the Italian Government to adopt an ambitious Simplification Decree to speed up the deployment of renewables in the country.

Italy needs to add at least 7 GW of renewable capacity every year to meet its targets under the Green Deal. Italy’s achieved an average of less than 1 GW per year over the past few years with current permitting timetables. At this rate, our 2030 targets won’t be met until 2090.

The priority is adopting a robust Simplification Decree, the first step envisaged by the Italian Recovery Plan, in order to overcome permitting bottlenecks for renewables projects. It aims at to simplify permitting rules and build an efficient governance system for investments made under Next Generation EU. It was published on 31 May and it must be converted into law by the end of July. The Simplification Decree is now at the crucial stage of Parliamentary discussion with a limited number of amendments being selected and voted for. The decree is going in the right direction but is still lacking some crucial measures. It therefore needs to be revised, starting with its provisions on repowered projects for renewables.

While the RED II directive requires shorter authorisation timeframes for repowering projects compared to greenfield projects, in Italy the permitting procedure for repowered wind farms is the same as for greenfield ones. Italy needs to completely overcome the “spalmaincentivi volontario”, by removing the remaining limitations and tariff disadvantages for repowering projects that did not join such scheme. This will be essential to ensure a level playing field within the next auction rounds. Currently almost 50% of all renewables projects are abandoned and the other 50% are subject to six years of delay before obtaining permits.

Malgosia Bartosik, WindEurope Deputy CEO, said: “The EU has committed to climate neutrality by 2050. In its final 2030 National Energy and Climate Plan (NECP), Italy aims at almost doubling its installed wind power capacity, with a combination of new installations and the repowering of existing wind farms. Half of Italy’s capacity will reach the end of its operational life by 2030. In its current form, the Simplification Decree doesn’t do enough to ease permitting for repowered windfarms. It still contains restrictions that prevent the use of the latest available technology, which will make it difficult, if not impossible, for Italy to meet its 2030 targets”.

This phase of the legislative process is also very important for the photovoltaic sector, as there is currently no efficient solution for ground-installed photovoltaic plants in Italy. The Simplification Decree goes some way to providing agrovoltaic support tools, but they risk being ineffective and inefficient.

Walburga Hemetsberger, CEO of SolarPower Europe, noted: “The potential for solar PV is very high in Italy, but this capacity will not be reached unless administrative hurdles are overcome. Removing permitting restrictions is a necessary step to speed up solar deployment, and the process of transposing the RED II into national law is also a key opportunity to address the simplification of PV systems repowering”.

WindEurope is the voice of the wind industry, actively promoting wind power in Europe and worldwide. We have over 400 members, active in over 50 countries. In addition to wind turbine manufacturers with a leading share of the world wind power market, our membership encompasses component suppliers, research institutes, national wind and renewables associations, developers, contractors, electricity providers, finance and insurance companies, and consultants.