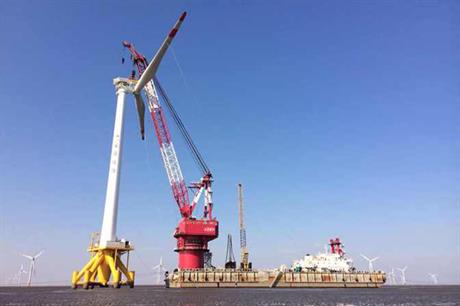 MingYang also said that its order book in offshore wind is 5.94 GW.

The first wind turbine was installed in July last year and the first batch of wind turbines started operating in October.

The wind farm, located in Guangdong province, is expected to be fully operational by the end of the year.