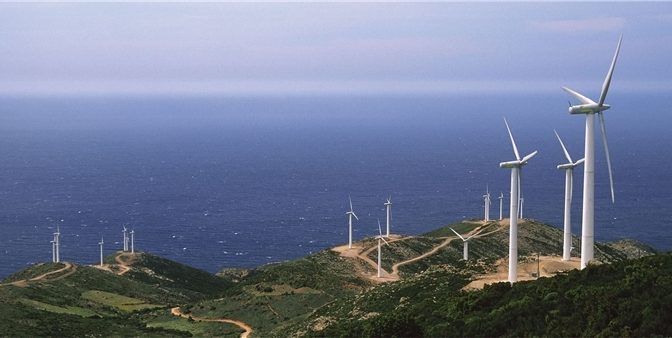 More than 98 MW is awarded in the recently held auction of wind capacity in Athens.
Iberdrola’s installed power in the country will rise to 415 MW, once these new investments come into operation, foreseeably in 2022.

Iberdrola continues to promote the energy transition towards a decarbonised model in the countries where it operates, specifically in Greece, where it has just been awarded the construction of three new wind projects in the capacity auction held recently in Athens.

With these new developments – which will come into operation in 2022, foreseeably – Iberdrola’s renewable capacity in Greece will rise to 415 MW. In addition, the group operates the 20 MW Agia Anna wind farm in Cyprus.

The company is betting once again on investment in the Greek renewable energy market, after the return to growth driven by the commitment of the country and the European Union to decarbonisation. Greece currently has 7,237 MW of installed renewable capacity, of which 3,832 MW is wind.

Iberdrola trusts that electrification will act as a lever for change in the post-COVID world and, therefore, has accelerated investments to contribute to the reactivation of economic activity and employment.

This commitment to green recovery has led it to commit record investments this year of 10 billion euros in renewable energy, smart grids and large-scale storage systems, after having allocated 100 billion since 2001 in the world.

Iberdrola is a leading renewable energy group in the world, with an installed capacity of 32,700 MW, which makes its generation park one of the cleanest in the energy sector. As of June, the company’s portfolio of renewable projects exceeds 58,000 MW.