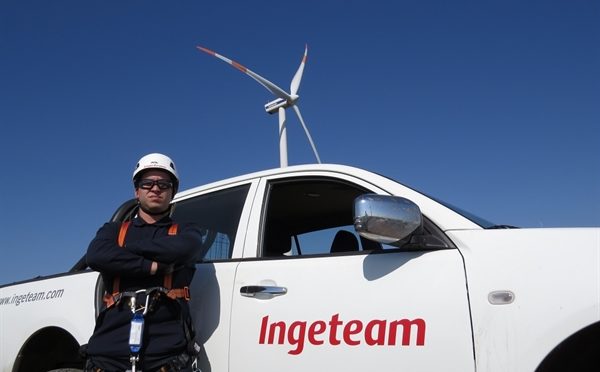 Ingeteam entered the wind industry in 1995 working on the development of variable speed machines. They were the first manufacturer to launch DFIG converters on the market. 25 years later, this technology remains the gold standard in the industry, and at 50 GW, Ingeteam’s position as the world’s number one supplier of wind power converters in terms of installed capacity remains unchallenged.

“This consistent performance is largely supported by our company’s long-term commitment to continuous innovation, backed by industry-leading levels of R&D investment. 5% of the company’s turnover is reinvested in new product developments and more than 400 employees work in R&D laboratories ”, says Alberto Barcia, Commercial Director of Ingeteam’s Wind Business Unit.

“Our sales were also strengthened by timely investments in key emerging markets, particularly Brazil and India. We were able to consolidate our company as a leader in these two key wind markets, which have been important drivers of our growth since then, ”continued Barcia.

In 2019, Ingeteam once again reported healthy growth of its global wind business with 4GW delivered around the world. The company offers a wide range of in-house developed and tested electrical equipment up to 15 MW for onshore and offshore applications. Thanks to its localized and agile manufacturing strategy, Ingeteam can supply its customers flexibly from state-of-the-art production facilities in Europe, Asia, North and South America, and consistently meet the highest quality standards in the industry.

Earlier this year, Ingeteam launched its latest innovation, a new generation of wind power converters developed for high-power DFIG applications ranging from 6 to 8MW. This new converter technology is highly network compatible and includes FRT, SCR and SSR functions. It complies with the strictest network codes, allowing it to be deployed anywhere in the world. In particular, they are the technology of choice for emerging markets such as India or Brazil.

The company operates worldwide and has its permanent headquarters in 24 countries, with a workforce of more than 4,000. R + D + i is the backbone of its business activity, in which 5% of its turnover is invested annually.