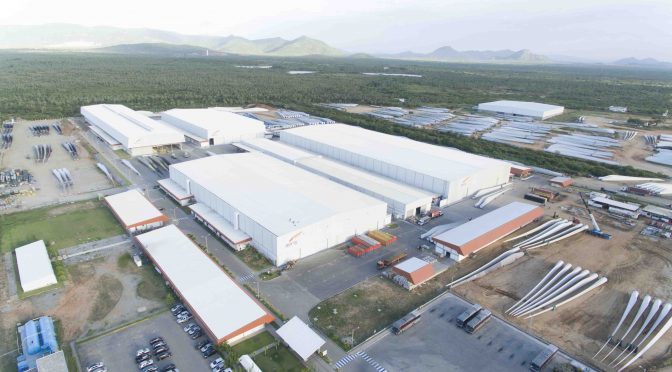 The production and export of wind blades are among the specialties of the Port of Pecém and of the market leader Aeris Energy. The wind blades were produced jointly by the two companies, especially with Aeris Energy, in the Porto do Pecém industrial park, in Ceará (Brazil) to be stored in an exclusive area in the company’s port terminal yard and then be shipped to America. 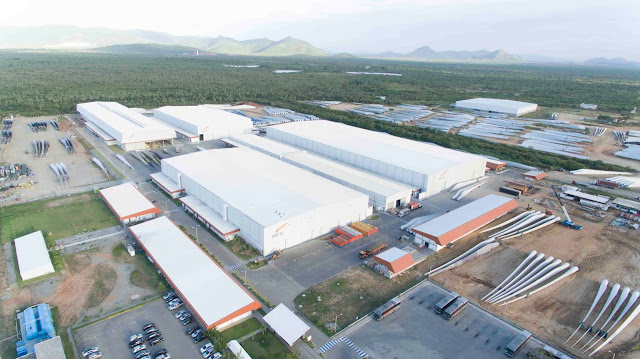 In addition, last year Aeris Energy from the Port of Pecém transported approximately two thousand wind blades. The number is three times higher than the movement recorded in 2018, when 683 blades were shipped to wind farms around the world.
What are wind blades for?

The set of wind blades is part of the triad of basic components that make up the wind turbine. Connected to the gondola and supported by the concrete tower, the wind blades have an aerodynamic profile, weigh about 17 tons each and reach more than 60 meters in length, equivalent to a 20-story building.
The blades are the ones that give movement to the wind turbines that transform the energy of the wind into electrical energy. In the Port of Pecém, the wind blows in favor of renewable energy every day, boosting the Brazilian economy.
Wind energy in Brazil

Wind energy is already the second largest source in the Brazilian energy matrix. According to the Brazilian Wind Energy Association (ABEEólica), the installed capacity in the country reached 16 GW in the first half of 2020. There are 637 wind farms and 7,738 wind turbines.

In 2019, the wind industry invested R $ 13.6 billion in Brazil, data from Bloomberg New Energy Finance (BNEF). The infrastructure generated 55.9 TWh of energy, 15% more than in 2018. On a monthly average, it is enough to supply 28.8 million homes per month in 12 states. This is equivalent to a population of 86.3 million people, considering three inhabitants per household.