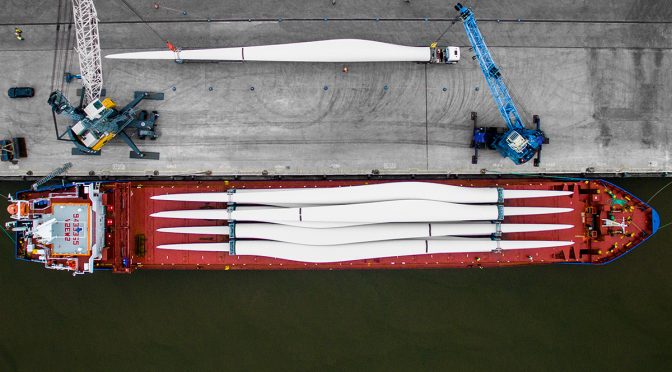 On 25 June WindEurope and SolarPower Europe joined forces for EU Sustainable Energy Week to host a panel discussion on the need for a coherent industrial strategy for renewables.

The session opened with a scene-setting presentation from WindEurope CEO Giles Dickson.

Wind is already 15% of the EU’s electricity mix and is a well-established, homegrown industry. According to European Commission scenarios wind turbines and solar will be 80% of the EU’s power by 2050. And electricity will be 50% of the EU’s overall energy mix. But challenges remain: delivering adequate market scale; securing financing for both projects and manufacturing; facilitating open trade; and supporting research innovation leading to commercialisation by European operators.

On market scale all participants recognised that more needs to be done to promote a strong and stable EU market, in particular by delivering long-term forward visibility for renewable auction volumes, transparent revenue stabilisation mechanisms, easier permitting, and the investments in the electricity infrastructure needed to accommodate higher volumes of renewable electricity. A lot of this is in the hands of the Member States.

Financing is a particular issue in the current market environment: uncertainty has increased dramatically, and with it financing costs for renewable energy projects. For the solar PV sector securing loans from the European Investment Bank for new manufacturing capacity has proven difficult. The need for a more innovative approach from the EIB was readily acknowledged by Mr Weinberger. The proposed Strategic Investment Facility was identified as one avenue by which more support could be channelled to renewable energy value chains.

The representatives of Vestas and Meyer Burger acknowledged the importance of imports to the cost-competitiveness of both the wind and solar industries. Global supply chains have been one of the drivers of cost reductions by both industries over the past decade, but EU trade defence measures are putting them under increasing pressure and making it more difficult for European operators to contend with overseas competitors.

Eva Larsen underlined the centrality of research and development to the long-term competitiveness of the wind energy industry, which is reflected by industry expenditure. But the Chinese are catching up, and able to commercialise concepts faster than in the EU. Horizon Europe needs to prioritise incremental research for established technologies like wind power and solar energy and help bring concepts faster to market.

Mr Weinberger noted that the industry is “running through open doors”: the European institutions are already convinced of the need to increase renewables build-out. But much more remains to be done. Renewables as a strategic sector are in need of unprecedented policy support if the EU is to have any chance of rising to the challenge of anthropogenic climate change. Structured policy cooperation between the renewables industry, European Commission and Member States within the upcoming Industrial Forum would be the logical first step.