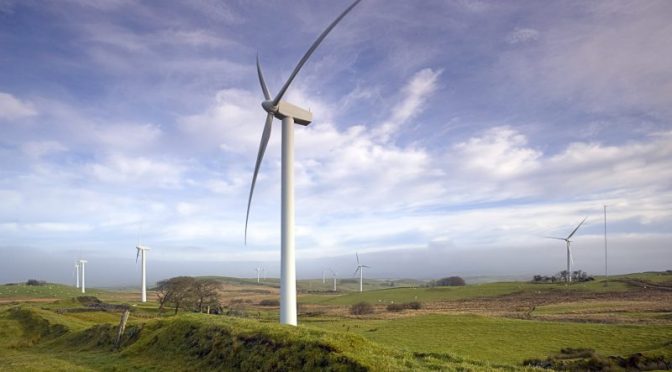 The Garn Fach wind farm will be located on hills east of Llanidloes in mid-Wales. The proposal would commit to 22 turbines, each with a tip height of 149.9 metres, producing 5 MW of power at peak.

The current plan is an alteration of a previous unsuccessful application, involving 29 turbines with a tip height of 120 metres, producing 2.3 MW each.

EDF Renewables development and consents management Darren Cuming told Power Technology: “We stayed in contact with landowners from the previous application. They approached us and we looked at why the previous scheme didn’t progress.

“Particularly, the planning inspector previously felt turbines to the south were causing an impact on the visuals of the Marteg Valley.”

In the refusal letter for the previous application, a planning inspector wrote that the plans “would not be designed or laid out in accordance with the aim of minimising or mitigating effects on the landscape.”

Cuming said: “The inspector did acknowledge the northern part of the project had potential. We have reduced the number of turbines, particularly in that area. The new turbines are also taller and the increase in tip height allows for a more viable project.

“We are using local consultants such as Dulas on the majority of the planning, and when it comes to construction we will try and do the same with local contractors.”

EDF currently operates two wind farms in Wales, with a maintenance base in Aberystwyth from where Cuming expects the planned wind farm would be operated.

He said: “We have worked with companies on our other wind farms in the area. We make sure to have as much local contact as possible.

“We think, with the way the Welsh government is extremely positive toward green projects and the current climate emergency, there may have been a change of feeling toward the project. We think we have chosen the right project in the right location.”

An application for a link to the National Grid is being prepared, and Cuming said more details would be available on it by the time of their official consultation.

The company said it will submit the full application before the end of 2020.