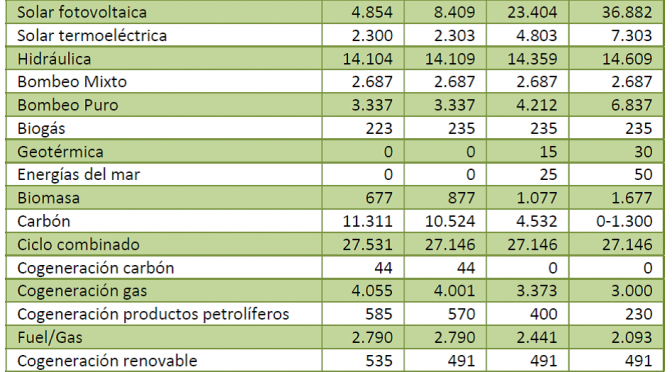 The National Integrated Energy and Climate Plan (PNIEC) provides for the year 2030 an installed capacity in the electricity sector of 157,000 MW, of which about 50,000 MW will be wind energy, 37,000 photovoltaic and 7,303 concentrated solar power.

According to Unielelectric data based on operator figures, another 30,556 MW would correspond to requests for wind power, 380 MW for concentrating solar thermal power and 2,130 MW for other renewable technologies.

However, the autonomies of the Cantabrian cornice, with a lower range of sunshine hours per year, are at the tail with minimal initiatives in Galicia (24 MW), while Asturias, the Basque Country and Cantabria have hardly any projects in process , indicates the marketer.

The National Integrated Energy and Climate Plan (PNIEC) provides for the year 2030 an installed capacity in the electricity sector of 157,000 MW, of which some 50,000 MW will be wind and 37,000 of photovoltaic solar.

In this way, the avalanche of existing requests to incorporate new renewable power long exceeds the forecasts of about 65,000 MW ‘green’ that the Government expects to be incorporated over the next decade.
A few months ago, the National Commission of Markets and Competition (CNMC) has already warned of the need to “stop” the existing speculation with the connection points for future renewable projects.

In the report of the proposal to circulate that establishes the methodology and conditions of access and connection to the transport and distribution networks of electrical energy production facilities, the regulator already indicated that as of April they existed and about 50,000 megawatts (MW) with access and connection permits to the transport network granted, corresponding to facilities projects that have not yet been put into service and that would already allow for the fulfillment of the objective of installing new power of production of renewable origin planned in the PNIEC by 2030 of the Government.

Thus, the regulator warned that there was “the risk” that some of the holders of these permits had no real interest in the development and commissioning of the facilities, “but in obtaining a benefit with the transmission of permits.”

Thus, he stressed that this speculation caused a hoarding of connection points that prevented other promoters from developing viable renewable projects.Enviar comentariosHistorialGuardadasComunidad