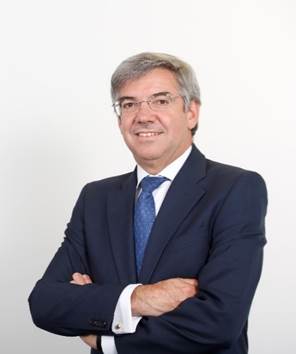 Following the announcement of Dr. Luis Crespo to retire, the General Assembly of the European Solar Thermal Electricity Association (ESTELA), elected Mr. Jose Luis Martinez Dalmau as new President of ESTELA for a 2-year term. Together with the President election, the Executive Committee of the Association was also newly mandated.
Mr. Jose Luis Martinez Dalmau was appointed unanimously as President by the ESTELA General Assembly for a 2-year term – 2019-2021 right after the announcement by Dr Crespo to retire.

On this occasion, Mr. Martinez Dalmau underlined that the ongoing quick development of STE in Morocco, UAE, other MENA countries, Chile, South Africa, Australia and even China led to a dramatic cost reduction of STE over the last few years. “There is simply no reason why Europe should lay behind non-EU countries and further hesitate in recognizing the value of STE for both the power system and the European economy,” added Mr. Martinez Dalmau. He also noted that STE at current cost levels is already competitive compared to any single RES technology plus the necessary bulk storage facilities to preserve their value for the European power system. 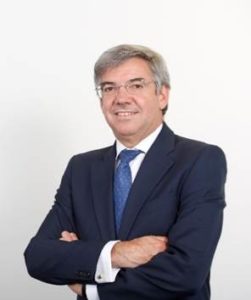 “Bearing in mind the urgency of decarbonisation, the current cost level of STE technologies including storage and – last but not least – the potential of the instruments provided by European legislation to the Member States and national regulators for a more intense cooperation, there is indeed right now much at stake with STE,” said ESTELA Secretary General, Mr. Bial.

ESTELA will therefore focus its action on:

· A continued support to our industry in Europe via a dialogue with national and European policy-makers (in their essential task of driving long-term energy policy strategies): the key objective is to motivate some Member States to adjust their tendering practices for the procurement of new renewable power capacity: from now on, the focus should be put on the value of such added capacity for the European power system and the European economy rather than on a pure national cost-approach that would ultimately jeopardize the ambitious goals of Europe to fight climate change;

· Supporting the implementation of the STE-Plan initiative for keeping the “global technology leadership for STE in Europe” which includes besides R&I actions the completion of “first-of-a-kind” commercial projects in Europe;

· Extending the support of the association to its members for promoting their presence in the most active STE markets (Morocco, MENA, South Africa, Chile, Australia, etc.) always fairly addressing the mutual interests of the respective partners;

· Seeking for synergies and alliances with other RES sectors where competitive advantages for the European industry can be reaped through blending of complementary technologies as best response to specific needs.
Solar Thermal Electricity, also known as concentrating solar power, is a renewable energy technology that uses mirrors to concentrate the sun’s energy and convert it into high-temperature heat to create steam to drive a turbine that generates electricity. STE is a carbon-free source of electricity that is best suited to areas in the world with strong irradiation: Southern Europe, Northern Africa and the Middle East, South Africa, parts of India, China, Southern USA and Australia.