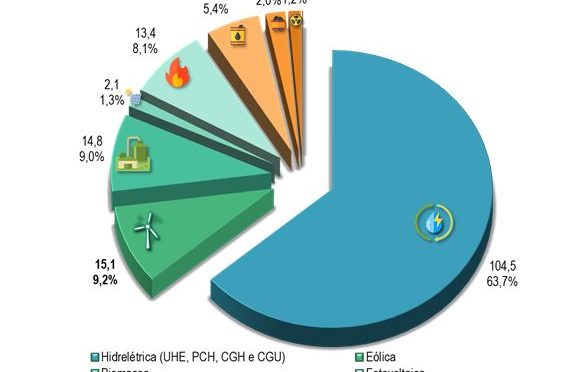 Wind energy production in Brazil in the first half of April increased by 11.1% per year to 3,192 megawatts (MWA), according to preliminary data released by the Chamber of Electricity Commercialization (CCEE). 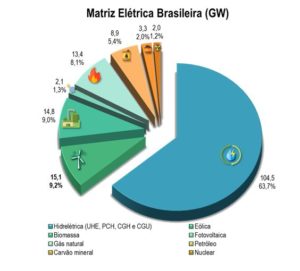 The share of wind energy rose from 4.3% to 4.8% the previous year, according to data from the CCEE published in the InfoMercado Semanal, the weekly bulletin of generation and consumption of energy.
Wind energy reached the 15 GW mark in installed capacity, taking second place in relevance in the Brazilian electricity matrix, informed the Brazilian Wind Energy Association (ABEEólica) in a bulletin released Thursday, April 11. In figures, there are 601 wind farms, with 7 thousand wind turbines, scattered in 12 states.

Hydroelectric plants remain in the lead with the main form of energy production of the mast, with 104.5 GW of installed capacity. In third place are thermal biomass (14.8 GW), followed by natural gas thermals (13.4 GW).

“If we consider that wind energy had about 1 GW installed in 2011, it is a really impressive fact to occupy this prominent place in the electricity matrix,” said the association’s executive president, Elbia Gannoum.

In addition to the 15 GW of installed capacity, there are another 4.6 GW already contracted or under construction, which means that, at the end of 2023, they will be at least 19.7 GW considering only contracts already feasible in auctions and with market awards. free published and contracts signed so far.

Elbia highlights the quality of the Brazilian wind. “While the world average of the capacity factor is about 25%, the Brazilian average capacity factor in 2018 was 42%, being that, in the Northeast, during the season of harvest of the winds, which goes from June By November, it is quite common for wind farms to reach capacity factors that exceed 80%, which means that the production of wind turbines installed in Brazilian soil is much greater than the same machines in other countries. “We are blessed not only by the great amount of wind, but also for its quality, “he said.
In 2018, the wind farms produced 48.4 TWh, a growth of 14.6% with respect to 2017. “If we want to bring it closer to our reality, it is to say that what wind energy produced in the market, last year, on average, would be enough to supply 25.5 million households or about 80 million people, “explained Elbia.
By 2019, there are already two scheduled auctions, the first being an A-4 on June 28 and an A-6 on September 26. For the A-4, the participation of the wind source is already planned. According to the Energy Research Company (EPE), 751 wind projects were registered, or 23.1 GW.
“Whenever we talk about hiring and the future of the wind source in Brazil, I like to reiterate a very important concept: our power matrix has the admirable quality of being diversified and it must continue, each source has its merits and we need all of them, especially if We believe that the expansion of the matrix should be mainly by renewable sources, on the side of wind energy, what we can say is that the choice of contracting makes sense from a technical, social, environmental and economic point of view, since It has been the most competitive in the last auctions, “said Elbia.