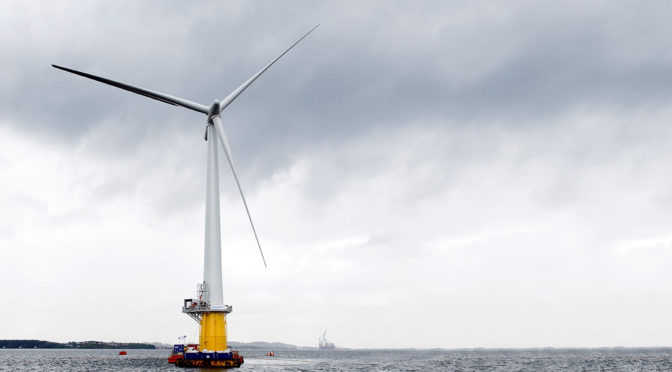 Today the Global Wind Energy Council (GWEC) and the European Chamber of Commerce Taiwan (ECCT) are hosting the Global Offshore Wind Summit – Taiwan with the ECCT’s Low Carbon Initiative. This is the official event for the offshore wind industry in Taiwan, gathering both local and global investment groups, energy companies, project developers and regulators to discuss the promising future of Taiwan’s booming offshore wind market. The summit will be the first event to gather leaders from both local parties to discuss the boost of Taiwan’s economy through continued investment in offshore wind.

With significant growth in recent years, Taiwan’s offshore wind power market is expected to continue to continually grow, with a goal of achieving 5.5 GW of installed capacity by 2025. Wind energy growth in Taiwan holds potential for substantial local investment in projects, infrastructure, local supply chains and job creation. If Taiwan reaches its 5.5 GW target, this could bring nearly NT$880bn inward investment and create an estimated 20,000 local jobs due to agreements being signed by Taiwanese supply chain companies.

Shen Jong-Chin, Minister of Economic Affairs for Taiwan, said: “Taiwan has some of the best offshore wind farms located in the Taiwan Strait. To fully explore the potential of wind energy and reach the target of 20% renewable energy generation by 2025, the government has worked on building sound infrastructures and improving regulations to attract investment from both domestic and foreign offshore wind developers. I am honoured and pleased to share that for the first time the ECCT and GWEC together held the Global Offshore Wind Summit in Taiwan, which marks the significance of Taiwan as an important player in the global offshore wind market. It is an ideal channel for knowing more about Taiwan’s experience and success stories in developing further offshore wind power projects in the region”.

Ben Backwell, CEO of GWEC, said: “Seeing the ongoing foreign investment in Taiwan confirms its potential to become the second largest offshore market in Asia, as forecasters have rightly predicted, and Taiwan’s economy will benefit massively from these investments. The local leaders’ willingness to meet and discuss the opportunities for job creation and the development of local supply chains shows that Taiwan is setting the example as a region that’s ready for business and promoting offshore wind development. We are excited to bring business and industry leaders together with local policy makers in one place to facilitate this process.”

Freddie Höglund, CEO of the European Chamber of Commerce Taiwan, said: “This summit comes at a crucial time as Taiwan is on the brink of becoming one of the world’s largest offshore wind markets. The summit will serve as the defining forum to crystallise solutions to the remaining regulatory, financial and logistics hurdles that need to be overcome to allow the rapid roll-out of wind energy infrastructure and secure Taiwan’s reputation as a global renewable energy leader”.

A roundtable meeting between local government stakeholders and industry also occurred within the framework of the Global Offshore Wind Summit – Taiwan, taking place a day before the event on 24 April in Taichung City Hall. Organised by GWEC and ECCT, this meeting brought together key mayors and local government stakeholders in the region to discuss progressing the development of the offshore wind industry in Taiwan.

Opening remarks were given by Yang Chiung-ying, Deputy Mayor of Taichung City, Ben Backwell, CEO of GWEC and Giuseppe Izzo, Chairman of ECCT. This was followed by a session for local government stakeholders to exchange their experiences with offshore wind industry leaders and discuss how to support the establishment of Taiwan as a regional hub for offshore development in Asia, exploring how they can take advantage of the economic opportunities and environmental benefits the offshore industry can bring to local communities.