The auction assigned responsibilities to six wind power projects for 1,160 megawatts, located in La Guajira, and two solar generation projects for 238 megawatts, in the department of Cesar. 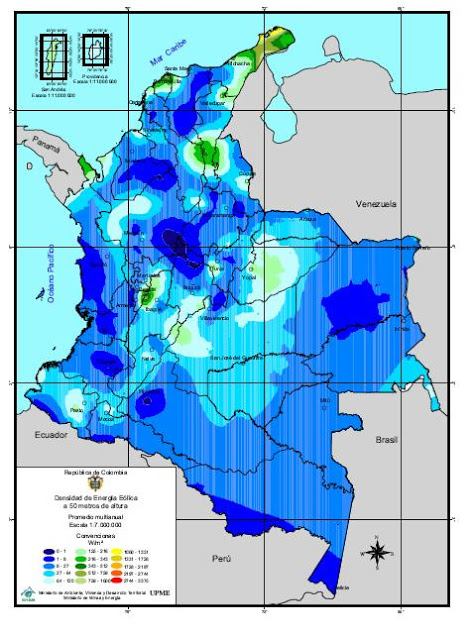 “Today I want to tell you that the renewable energy revolution started in Colombia, because last night we closed the reliability auction and investments and projects were secured to reach 1,398 megawatts of renewable energy in Colombia,” revealed President Iván Duque during the conference of INNpulsa Colombia in Medellín, where he celebrated that for the first time in the country’s energy history solar energy and wind turbines have been linked in an auction.

He recalled that from the campaign to the Presidency he insisted that “Colombia has to be a country of great renewable energies”, since at that time there was only a capacity of “50 MW of installed capacity”, which is why the goal of reach “1,500 MW in these four years.”

He said there was skepticism and that even said it was not possible, but stressed: “We have the sixth cleanest energy matrix in the world.” However, he said: “But let’s not tell ourselves lies, the exposure we have of hydroclimatological risks means that we have to diversify the matrix.”

It was precisely these climatic risks, the uncertainties and the goals that determined that the Ministry of Mines and Energy assure the reliability in the supply of electric power until November 30, 2023.

In the auction of the Reliability Charge, a total of 250.55 gigawatts hour-day were assigned, of which 37.37 correspond to new generation projects or that add firm energy to the system.

During the auction, according to the Ministry of Mines, firm energy obligations for 1,398 megawatts were assigned to renewable energy projects from non-conventional solar power and wind farm sources.

“We began to realize the objective of the National Government to diversify, complement and improve the competitiveness of our energy matrix, with alternative sources such as sun and wind. The allocation for this type of projects represents 6% of the total of the auction “, assured the Minister of Mines and Energy, María Fernanda Suárez.

In total, the auction assigned responsibilities to six wind farm projects for 1,160 megawatts, located in La Guajira, and two solar power generation projects for 238 megawatts, in the department of Cesar, development without limits, in which the Caesareans were expectant for these results.

In the auction it was possible to guarantee energy at lower costs. After completing the process, a final price of US $ 15.1 dollars per megawatt-hour was reached, a figure that represents a decrease of 11% with respect to the reliability charge resulting from the last auction, which is the one currently in force in the US. $ 17,01.

In fact, Minister Suárez said that “it is a lower reliability charge than what was done in the previous auction, which was in 2011. This indicates that the cost of energy for Colombians is being more efficient.” He also stressed that the results of the auction achieved the objective: that Colombians “will have reliable energy in the long term, even with different scenarios of uncertainty”.

He explained that, “according to the projections of the Mining and Energy Planning Unit (Upme), the maximum demand expected in 2022-2023 would be 226.84 GWh / day”, which means the guarantee of service provision even “in times of shortage as the phenomenon of El Niño, which will no longer be a threat for the next few years. ” These projects will increase the installed capacity of the generator park by 4,010 megawatts, a figure that represents an increase of 23% with respect to the current capacity.

According to the Ministry, the generators were selected in a competitive, transparent and neutral process, under the lowest cost criterion, led by the Energy and Gas Regulatory Commission (CREG), and XM as the administrator of the auction.