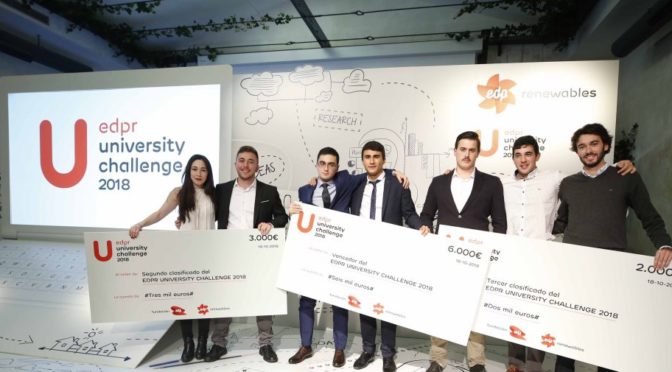 Madrid, 18 October 2018: EDP Renewables (Euronext: EDPR), a global leader in the renewable energy sector and one of the world’s largest wind energy producers, has announced the winner of the EDPR University Challenge 2018 for students from Spanish universities. The awards ceremony was hosted by João Manso Neto, CEO of EDPR. 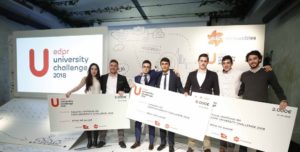 This is the tenth consecutive edition of the University Challenge promoted by EDPR in Spain. Over its ten-year history, more than 2,000 students from 60 Spanish universities have taken part. Over 350 university professors have guided students through the 400-plus projects that have been presented since 2008.

Over 224 Spanish university students have taken place in this edition of the University Challenge, presenting over 60 projects.

João Manso Neto, EDP Renewables CEO said: “These ten consecutive years of the University Challenge evidence both the increasing quantity and quality of the work that has been submitted over the years. This shows the consideration and interest that a theme such as renewable energy is generating among young Spaniards; a source of energy which is not only competitive in the present landscape, but which also enables us to meet the environmental targets set by the EU.”

For further information on EDPR University Challenge in Spain, visit the website: http://generationedpr.edpr.com/universitychallenge/es