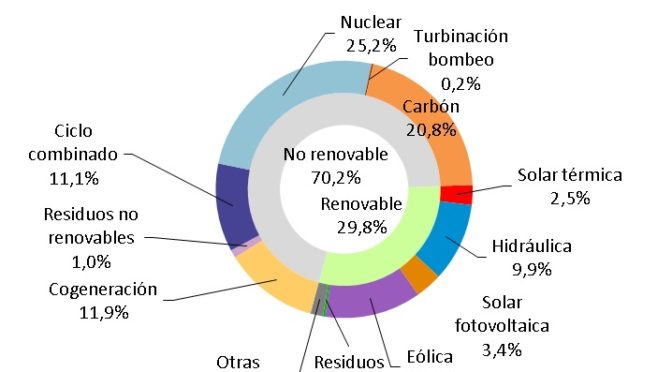 Generation of the month of September 2018 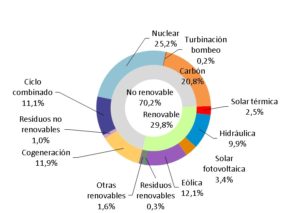 Generation from January to September 2018 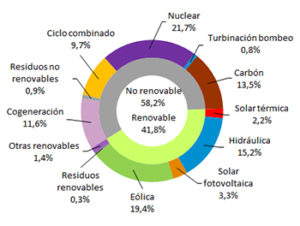 In the first nine months of 2018, the peninsular demand for electric power is estimated at 191,279 GWh, 1% more than in 2017. Once the influence of the calendar and temperatures has been corrected, the demand for electrical energy is 1.2 % higher than that registered in the same period of the previous year.

With information available today, wind production in September reached 2,396 GWh, 15% less than in the same period last year, and accounts for 12.1% of total production.

In the month of September and according to estimated data, generation from renewable energy sources represents 29.8% of production.

55.2% of electricity production this month comes from technologies that do not emit CO2.