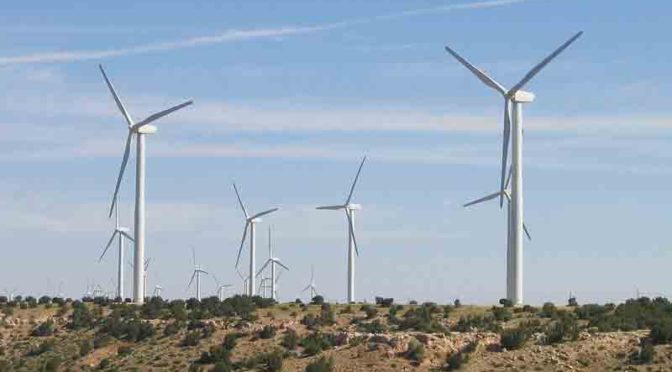 Enel Green Power RSA (“EGP RSA”), the Enel Group’s South African renewables company, signed with senior lenders Nedbank Limited and Absa[1] all project financing agreements for up to 950 million euros, namely up to 80% of the overall investment of around 1.2 billion euros on a portfolio of five new wind projects, totalling roughly 700 MW of capacity. The five facilities, namely Nxuba, Oyster Bay, Garob, Karusa and Soetwater, have a capacity of around 140 MW each. The Enel Group is contributing around 230 million euros in equity in the construction of the five wind farms. Following the signing of the agreements, also known as “financial close”, construction of the first project, Nxuba, is expected to start by the end of 2018.

Antonio Cammisecra, Head of Enel’s Global Renewable Energies Division Enel Green Power, commented: “We have reached an important milestone in South Africa by achieving financial close on five major wind projects which confirm our continuing commitment to the country’s renewables sector, within a context of sustainable development. Enel Green Power will be supporting these processes by generating its emission-free energy in partnership with local shareholders and in cooperation with the local communities, according to our long-term vision of shared value creation.”

The Garob, Karusa and Soetwater projects will be constructed in the Northern Cape province, while the Oyster Bay and the Nxuba wind farms will be built in the Eastern Cape province. The five wind farms were all awarded in round 4 of the South African government’s Renewable Energy Independent Power Producer Procurement Programme (REIPPPP). Each project is minority-owned by a local partner.

Enel Green Power (EGP), the Renewable Energies division of Enel Group, is dedicated to the development and operation of renewables across the world, with a presence in Europe, the Americas, Asia, Africa and Oceania. Enel Green Power is a global leader in the green energy sector with a managed capacity of around 42 GW across a generation mix that includes wind, solar, geothermal and hydropower, and is at the forefront of integrating innovative technologies into renewables power plants.