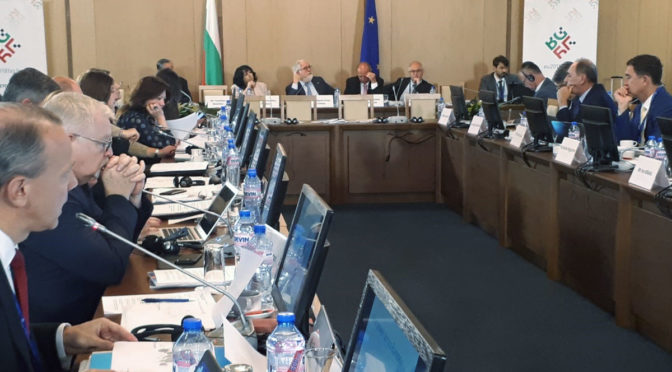 WindEurope and Eurelectric held a joint workshop in Sofia yesterday looking at how to unlock the vast potential of wind energy in South East Europe.

The event gathered policy makers and industry to discuss how to restart local markets in view of the Clean Energy Package, with a focus on Bulgaria, Greece and Romania. An enormous 500 GW of wind energy is available in South East Europe, a potential which is currently not being realised. Following the event, WindEurope and Eurelectric issued a series of recommendations to help unlock this potential.

The recommendations are four-fold. First, though onshore wind is the cheapest form of new power generation in Europe today, wind energy projects are capital intensive and sensitive to regulatory uncertainty. “A series of abrupt and/or retroactive changes to national support schemes in the region since 2013 has resulted in additional risk premiums on projects. It’s as high as 12% in Croatia compared to 3.5%-4.5% in North West Europe. This means governments and consumers in the region pay a higher price for the same installations,” said Dickson.

Second, to help bring down the cost of projects in the region, WindEurope also urged governments to submit their 2030 National Energy and Climate Plans well before the end of 2019 and with an appropriate level of detail. The plans should cover the integration of regional energy markets, development of joint renewable energy projects as well as long-term decarbonisation and electrification strategies. “Investments, economies of scale and cost reductions materialise where the industry is assured of stable policy and regulation going forward,” said Dickson.

Third, European industry and consumers are already benefitting from corporate renewable power purchase agreements (PPAs). They allow large energy consumers – e.g. in IT, chemicals and heavy industry – to secure wind power at a competitive price. In 2017, almost 1.1 GW of renewables was contracted with corporate buyers, but deals are currently concentrated in Northern Europe. “In order to help countries achieve their national renewable energy ambitions and unlock billions of euros of investment, we call on CESEC governments to remove the regulatory and administrative barriers to corporate PPAs,” Dickson added.

Finally, for consumers to take full advantage of wind energy, electricity markets and grids need to be transformed and made fit for wind and other renewables. “We’d like to see CESEC develop a list of priority renewable energy projects to compete for EU funding under the Connecting Europe Facility. CESEC’s list of priority projects and actions should also include efforts to identify and support cross-border renewable energy projects,” said Dickson.