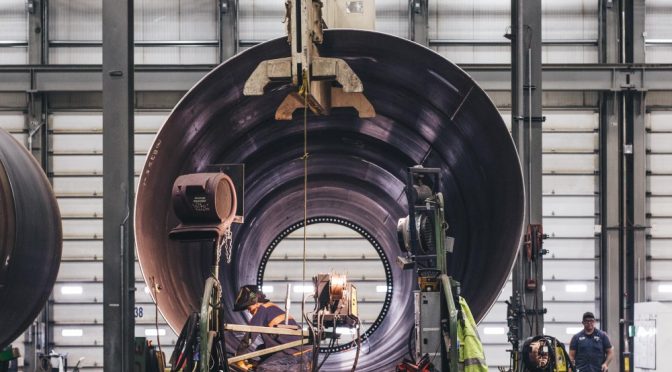 Building on its successful track record in Latin America, Vestas strengthens its position as the leading wind turbine manufacturer in Argentina by building a hub and nacelle assembly facility in the Buenos Aires province. The new facility, which will generate hundreds of news jobs once complete, is being established to meet the country’s huge growth potential within wind energy, expected to reach 10 GW of new installations by 2025.

“Our leadership position with more than 900 MW of either installed capacity or capacity under construction underlines the need to take a big step forward to better support the government’s ambitions for renewable energy. By building this assembly facility, we will serve our customers’ needs in the country even better and generate hundreds of local jobs”, says Sales Director for Latin American South Cone, Andrés Gismondi.

The Minister of Energy, Juan José Aranguren, highlights that “The fact that a global leader in renewable energy is interested in expanding its presence in Argentina clearly proves that we are on the right path, providing investors with the confidence and trust needed to invest in our green transition”.

Along the same lines, the Minister of Production, Francisco Cabrera, emphasised that “Vestas’ positioning in Argentina is good news, not only for the number of jobs that will be created thanks to its localisation plan, but also for the technology transfer to small- and medium-sized enterprises in the country”.

Vestas pioneered Argentina’s wind energy market with the installation of the country’s first commercial wind turbine in Neuquén back in 1991. Since then, Vestas has closely monitored the evolution of the market, which now stands out as a key market in Latin America. The government launched the RenovAr programme in 2015, which aims to reach a 20 percent renewable energy target by 2020.