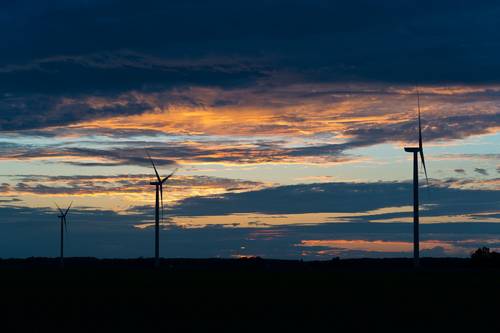 “With excitement and pride, we have ‘flipped the switch’ for Phase II of our Cross Winds Energy Park to meet more of Michigan’s demand for energy with renewable wind energy, a clean source that benefits the entire state. The project also firmly supports Consumers Energy’s goal of fulfilling our triple bottom line of people, planet and profits,” said Dennis Dobbs, Consumers Energy’s vice president of enterprise project management, engineering and services.

“I am extremely thankful to the residents and elected officials who welcomed our investment in their community, and I’m especially pleased to announce the project was completed with zero safety incidents.”

The $90 million Cross Winds Phase II employed 250 workers during construction. Its 44-megawatt capacity is enough to serve about 17,000 residents.

The project went operational on schedule six months after its groundbreaking and three weeks after Newsweek gave Consumers Energy the top score for Michigan companies in its annual “Green Rankings.”

Consumers Energy worked with lead contractor White Construction to construct the 19 turbines that are 499 feet tall and make up Phase II of Cross Winds Energy Park.

Phase III plans have been approved for Consumers Energy’s Cross Winds Energy Park by Columbia and Akron townships. This final phase of the park is expected to go into commercial operation in 2020. Phase I of the energy park began operations in 2014.