Aramco will commission its first wind turbine project next month, the first in the kingdom and developed in partnership with GE aiming to support the renewable goals of Saudi Vision 2030. 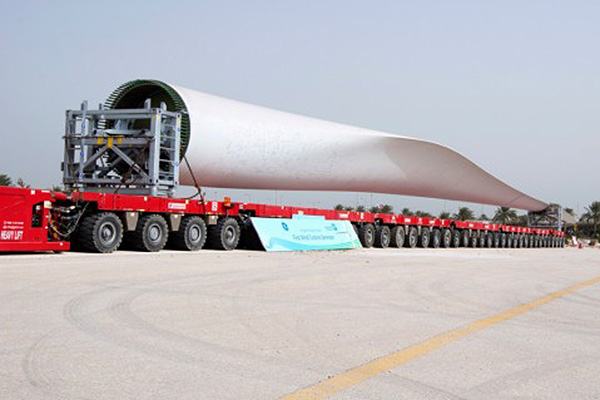 Abdulkarim Al Ghamdi, Saudi Aramco’s executive head for Power Systems said: “Saudi Aramco is actively promoting the reduction of energy intensity across the Kingdom by advocating responsible policies, awareness, and energy innovation. This milestone has been made possible with the skills and knowledge Saudi Aramco has attained over decades as the Kingdom’s reliable supplier of energy and those of our partner, GE, as a wind industry leader.”

Turaif was selected by Saudi Aramco from four potential sites, due to its good wind resource, ease of access, and proximity to power connection. The wind turbine will generate 2.75 mega watts of power at its peak, sufficient energy to sustain around 250 Saudi households. This provides the company the opportunity to reduce burning of diesel for power generation by 18,600 barrels of oil equivalent per year.

Hisham Albahkali, GE’s president & CEO for Saudi Arabia and Bahrain, said: “With the arrival of the first GE wind turbine in the Kingdom, we are demonstrating our strong commitment to support the aim of diversifying the energy mix. This is a momentous occasion as it highlights that wind energy generation in the Kingdom is ‘real’ and heralds a new era of renewable energy that clearly shows to the world that action is being taken to support the renewable goals of Saudi Vision 2030.”

Once commissioned in January, the wind turbine will present a striking landmark on the Turaif skyline. The tips of the blades will reach a height of 145 meters, or almost half the height of Riyadh’s Kingdom Tower. The diameter of the wind turbine rotor blades will dwarf the span of the world’s largest passenger jet. At 120 meters, the rotor diameter is 50per cent wider than the wing span of an Airbus 380.

The wind turbine and its control system have been specifically designed by GE to minimize the potential noise emitted from the rotor blades, the tips of which can travel at one third the speed of sound.

GE’s global wind footprint extends to more than 35 countries with over 50,000 mega watts of onshore wind turbines installed across the globe. GE has leveraged this experience to enhance the design of the wind turbine for this project to competently and reliably operate in high temperature, high dust environment within the Kingdom.

The wind turbine which arrived to Jubail port in October will be transported on a twelve vehicle convoy from Dammam to Turaif. The construction of the foundations for the turbine are underway and the first electricity is expected to be supplied to the Saudi Aramco bulk plant once commissioning of the wind turbine is completed in January 2017.

The demonstration project has been developed by Saudi Aramco in partnership with GE to highlight the viability of deploying wind power in the Kingdom. Since the inception of its Renewable Energy team in 2010, Saudi Aramco has been actively pursuing opportunities in support of the Kingdom’s goal for the integration of renewable energy in the energy mix.

In 2012, Saudi Aramco commenced an extensive resource measurement program that confirmed the Kingdom’s exceptional wind resource as perhaps one of the best in the region. Wind energy will become a key source of power under the National Renewables Program, which will deliver a combined 9,500 mega watts to the Kingdom from wind and solar energy by 2023.