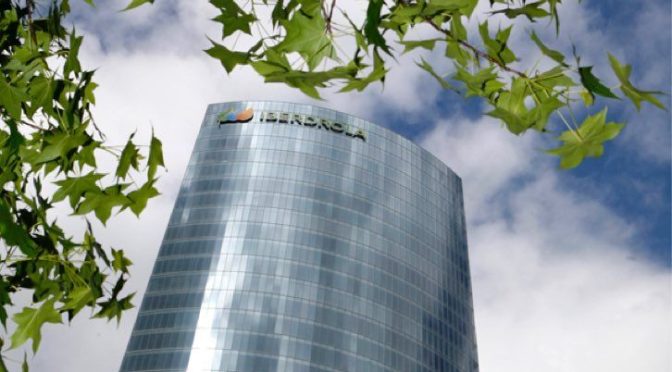 Iberdrola continues to advance its role in the energy transition towards a more sustainable energy system that is less dependent on fossil fuels. Thanks to over €4.7 billion of investments in the first part of the year and its international business, and despite the drop in results in Spain, consolidated net profit grew to €2.075 billion in the first half of 2022, driven by the good performance of international businesses, as reported today to the Spanish National Securities Market Commission (CNMV).

Strong growth, mainly, in the United States, Brazil and the United Kingdom, as was the case in the previous quarter, offset the adverse result of Iberdrola Spain, where it recorded a 26% drop, including the effects of high energy prices which have not been passed on to customers with previously agreed fixed prices.

Operating cash flow generated in the first half of the year across the group amounted to €5.56 billion, an increase of 31% over the same period of the previous year.

Shareholders have obtained a remuneration from 2021 earnings of €0.449 per share, which is up by 6.4% from previous year. This was approved at the General Meeting held last month with a quorum of 72% where shareholders supported all the items on the agenda with an average favourable vote of 98%.

The company has invested €4.74 billion in the first half of 2022, up 5%, totaling more than €10.2 billion over the past 12 months. Of this amount, 90% was allocated to renewables and smart grids to accelerate the energy transition in the countries and regions where it is present.

The Chairman of Iberdrola, Ignacio Galán, said: “At Iberdrola, we continue to increase our investments to strengthen energy self-sufficiency and accelerate the green transition, reducing our dependence on fossil fuels. The projects we have underway in Spain and around the world are enabling us to generate economic activity and support 400,000 jobs at more than 19,000 suppliers.”

As a result of the investments already made, the group has installed 3,400 MW of new renewable capacity in the past 12 months – 1,241 solar photovoltaic, 996 MW onshore wind, almost 1,000 MW of hydroelectric storage and 116 MW of batteries – while strengthening its renewable energy leadership by almost 39,000 MW of green capacity worldwide. It also has a project pipeline of 95,000 MW, of which 10,800 MW are under construction or secured under long-term contracts.

In recent months, the company has strengthened its strategic plan with several new projects. In renewables, the company has been awarded 2,094 MW in the United Kingdom – 1,372 MW offshore, 396 MW of onshore wind and 326 MW of photovoltaic-, which will represent an investment of £3.7 billion – €4.4 billion .

In networks, Iberdrola has accelerated growth in the United Kingdom, where the new distribution framework RIIO-ED2 will entail investments of £3.4 billion – about €4 billion – from next year to 2028, for a total of £6 billion – €7.1 billion – including investment in transmission networks. In addition, the company has been awarded 2,000 kilometers of new transmission lines in the latest auction held in Brazil, making a total of 8,000 km the transmission projects awarded over the past few years. These projects underpin the company’s future growth, which will be described in greater detail at the next Capital Markets Day, to be held in November.

In the current context, Iberdrola has once again demonstrated that growth is fully compatible with the generation of value for all its stakeholders.

The company advocates a fair tax contribution in all of the countries where it operates. In 2021, its global tax bill surpassed €7.83 billion, 5% more than the previous year, a €361 million increase. Nearly half of this amount, €3.46 billion, corresponds to Spain.

Iberdrola placed orders for €8.2 billion in the first half of the year with its more than 19,000 suppliers, thus giving visibility to a supply chain that generates 400,000 jobs worldwide. In addition, it has hired more than 2,100 people in the first six months of the year, exceeding 5,000 over the past 12 months.

All this work is carried out in a company that promotes a fairer society, both within the company and in society as a whole. According to its Diversity and Inclusion Report, there is no salary gap
at Iberdrola, employees of 79 nationalities of all races work at the company, and women now account for 34% of positions of responsibility.

The company has once again strengthened its balance sheet with more than €8 billion of financing over the past six months – 77% of which is ESG (environmental, social and governance) – on favorable terms. The group is thus anticipating its financing needs for the year as a whole. In fact, in recent weeks, the company has signed a new sustainable credit line with 24 financial institutions for €2.5 billion at an historically low rate and has closed a new loan of €550 million with the EIB.

The group has once again demonstrated its leadership in green and sustainable finance, with €43.8 billion available.

It also has liquidity of €25 billion, enabling it to continue operating for the next 27 months without recourse to the market.

The company improved its credit to net debt ratio to around 25%. Also, in an inflationary context,  75% of its debt is financed at a fixed rate and the group has managed to reduce its financing cost by 4 basis points to 2.86% at the end of June, excluding Neoenergia whose income is indexed to inflation.

The Chairman stressed that Iberdrola is prepared to face the current macroeconomic context, as it has a sustainable business model, based on renewables, networks and storage. 90% of its production in Europe is emission-free, toalling only 55 grams of CO2 per KWh, much lower than its competitors’ average. Furthermore, it has insisted that it is not dependent on Russian gas nor oil.

Performance during the first half and expectations for the second half of the year, allow Iberdrola to reaffirm its prospects of achieving a net profit of between €4 billion and €4.2 billion for the year as a whole.