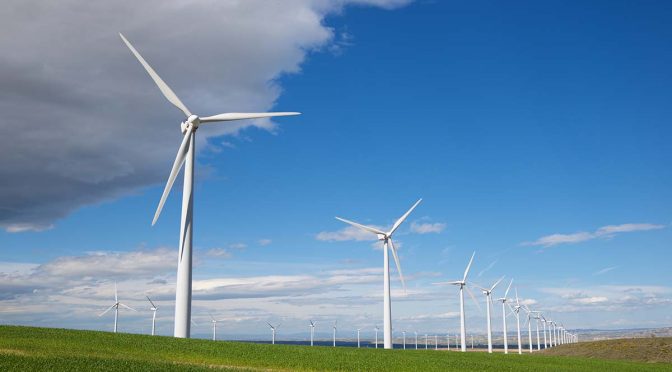 In the second week of May, the rise in temperatures led to a drop in demand in most of the European markets. The solar energy production increased in general in correspondence with the increase in solar radiation at this time. These factors and gas prices lower than those of the previous week allowed electricity markets prices to fall. Negative prices were registered in the markets of Belgium and the Netherlands. Electricity futures also fell.

For the third week of May, the AleaSoft Energy Forecasting’s forecasts indicate a reduction in solar energy production in the markets of Spain, Germany and Italy.

In the week that began on May 9, in the German market the wind energy production was more than three times higher than that registered in the previous week, after it fell significantly compared to the previous weeks. However, in the French market the increase was only 1.8% and in the rest of the markets analysed at AleaSoft Energy Forecasting, the production with this technology decreased between 30% and 55%.

For the week of May 16, the AleaSoft Energy Forecasting’s forecasts indicate an increase in wind energy production in all analysed markets except in the French market.

During the week of May 9, the electricity demand behaved mostly downwards in the European markets analysed at AleaSoft Energy Forecasting compared to the previous week. For the second consecutive week, the largest decrease was registered in the British market, with a drop of 7.3%. In the markets of the Netherlands and France, the demand decreased by 3.5% and 3.1% respectively, while in the markets of Belgium and Italy the decreases were 0.4% and 0.1% in each case. The increase in temperatures during the period was what favoured the decreases in demand. On the other hand, in the Spanish market, the demand increased by 2.7%, partly because in the previous week, Monday, May 2, was a holiday in some autonomous communities. In the German and Portuguese markets, the demand also increased, by 0.9% and 0.8% respectively.

For the third week of May, the AleaSoft Energy Forecasting’s forecasts indicate a recovery in demand in most analysed markets. However, in the markets of Germany and Belgium, the demand is expected to fall.

In the week of May 9, prices of all European electricity markets analysed at AleaSoft Energy Forecasting decreased compared to the previous week. The largest drop was that of the N2EX market of the United Kingdom, of 42%. On the other hand, the smallest decrease, of 1.3%, was that of the MIBEL market of Spain, followed by the 1.5% decrease of the Portuguese market. In the rest of the markets, the price decreases were between 2.8% of the IPEX market of Italy and 28% of the Nord Pool market of the Nordic countries.

In the second week of May, average prices were below €195/MWh in almost all analysed electricity markets. The exception was the Italian market with a weekly average of €235.05/MWh. On the other hand, the lowest weekly average, of €94.33/MWh, was registered in the Nord Pool market. In the rest of the markets, prices were between €103.64/MWh of the N2EX market and €192.75/MWh of the French market.

The AleaSoft Energy Forecasting’s price forecasting indicates that in the week of May 16 prices might increase in the European electricity markets influenced by the decrease in solar energy production and the increase in demand in most markets.

In the second week of May, falls in electricity futures prices for the next quarter were registered in almost all European electricity markets. Between the sessions of May 6 and May 13, the ICE market of the United Kingdom was the only one of those analysed at AleaSoft Energy Forecasting in which prices increased, although even in its case, the increase was only 0.2%. In the rest of the markets, prices fell, with the drop in the OMIP market of Spain and Portugal being the most pronounced, falling by more than 13%. It was closely followed by the EEX market of Spain, with almost 13%. One of the main reasons for these drops in the Iberian region is that last Friday, May 13, the Spanish and Portuguese governments announced a temporary limit on gas prices in the Iberian market. In the rest of the markets, the decreases were below 4%.

As for electricity futures prices for the year 2023, there were also declines in most markets between the analysed dates. However, in this case the exceptions were the EEX market of Germany and France, in which the price increased by 2.3% and 3.0% respectively. In the rest of the markets, prices fell between 0.3% marked in the OMIP market of Spain and Portugal and 7.3% registered in the ICE market of the Netherlands.

In the second week of May, concerns about the supply of oil from Russia continued, favouring prices remaining above $100/bbl. But on the other hand, the lockdowns in China due to the COVID?19 outbreaks continue to threaten the recovery in demand. Meanwhile, the European Union is negotiating possible sanctions on the import of Russian oil, for which Russia would have to find other costumers.

As for settlement prices of TTF gas futures in the ICE market for the Front?Month, almost the entire second week of May remained below €100/MWh. The exception was the settlement price of Thursday, May 12, of €106.70/MWh. This price was 0.2% higher than that of the same day of the previous week and the highest since the end of April. The rise, of 13% compared to the previous day, was favoured by fears of reductions in the supply of gas from Russia to Germany. However, gas flows continued, allowing prices to fall again to €96.88/MWh on Friday. In the week as a whole, settlement prices were 3.6% lower than those of the previous week.

The evolution of CO2 emission rights prices in the third week of May might be influenced by the vote on Tuesday, May 17, by the Environment Committee of the European Parliament on the proposal to reform the emission rights market.Source: Prepared by AleaSoft Energy Forecasting using data from ICE and EEX.

On May 12, the 22nd edition of the AleaSoft Energy Forecasting’s monthly webinars was held. The speakers were Oriol Saltó i Bauzà and Alejandro Delgado, both Associate Partners at AleaGreen, and three experts with extensive experience in the energy sector joined the analysis table of the Spanish version of the webinar: Alberto Ceña Lázaro, CEO of BEPTE, S.L., Antonio Canoyra Trabado, associate professor at the Department of Electric Power at the Comillas Pontifical University (ICAI), and Francisco Del Río, energy management expert. In the webinar AleaGreen was presented, the new division of Alea Business Software S.L specialised in long?term energy markets reports, and the importance of 30?year hourly forecasting for PPA and portfolio valuation was discussed. An issue that aroused much interest and debate was the limitation of the gas price in the Iberian electricity market offers and the consequences that this measure may have. In addition, the usual analysis of the evolution of the European energy markets and their prospects in the mid? and long?term was carried out and the AleaApp platform for the compilation, visualisation and analysis of the main variables of the markets was shown. Those interested can request the recording to know in detail all the analysed topics.

The next AleaSoft Energy Forecasting’s webinar will be held on June 9, this time with guest speakers from Engie, who will share their experience and first?hand knowledge in the renewable energy projects financing and PPA. The webinar will also analyse the evolution of the European energy markets in the first half of 2022, the prospects for the second part of the year, and the main regulatory novelties of the Spanish electricity sector.