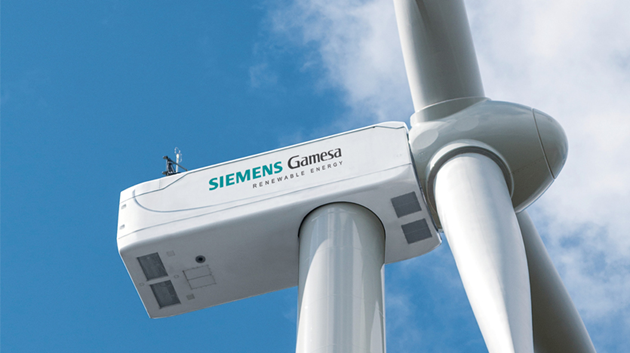 Siemens Gamesa completed a challenging third quarter of financial year 2021 (April-June) with a backlog worth  €32.6bn (+3% y/y), €1.1bn more than a year earlier. This order book evidences the company is well placed to  capture the potential of the wind industry, driven by an increase in decarbonization commitments and the role of  renewable energy in economic recovery programs.

As announced in a regulatory disclosure to the CNMV, Spain’s stock market regulator, Siemens Gamesa’s   performance in the third quarter reflected the impact on backlog profitability of rising commodity prices and the  higher-than-expected ramp-up costs for the 5.X platform. That impact — exacerbated by the pandemic, especially in  Brazil — resulted in a provision for onerous contracts related to projects to be executed in FY22 and FY23.

Consequently, Siemens Gamesa adjusted its guidance for financial year 2021 with an EBIT margin pre-PPA and before Integration and Restructuring (I&R) costs in the range of -1% to 0%, and group revenue expected to be at the  low end of the range announced during the presentation of results for the second quarter (April 30, 2021): €10.2bn to €10.5bn.

“We are operating in what is currently a very difficult environment and have taken additional steps to balance our risk profile as we focus on delivering long-term sustainable profitability. Despite current challenges, the company is  soundly placed to take advantage of the huge potential of wind energy, which is reflected in our strong order backlog. Our industry has bright prospects ahead, supported by a growing political and public commitment to fighting climate change by moving to a zero carbon emission future,” said Andreas Nauen, Siemens Gamesa’s Chief  Executive Officer.

As the company continues to strive for sustained profitability, in Q3 21, Siemens Gamesa began to introduce  clauses into its Onshore contracts to protect against commodity price volatility (mainly in steel towers). In addition to  such mechanisms, Siemens Gamesa continues to incorporate cost inflation into contract pricing and to ensure the  necessary procurements to execute its backlog in FY22.

Financial performance
Between April and June, Siemens Gamesa’s revenue increased by 12% y/y to €2,704m. EBIT pre PPA and before  I&R costs amounted to -€151m in the third quarter, with an EBIT margin of -5.6%. The company reported net income attributable to equity-holders of -€314m.

Commercial activity
Worldwide commitments to mitigating climate change are playing a central role not only in the economic recovery in  the short term but also in laying the foundations for solid, sustainable growth for renewables in the long term.

According to the Global Wind Power Market Outlook Update from Wood Mackenzie, global installations will resume  growth in 2024 and will maintain that trend during the second half of the decade.

Siemens Gamesa’s order intake amounted to €1,520m in the third quarter, reflecting the volatility of the Offshore  market, as orders for both Offshore wind turbines and Service were heavily concentrated in the second quarter of  the year.

Siemens Gamesa’s leading competitive positioning in the Offshore market is supported by a backlog of 7.3 GW and  a pipeline of 7.8 GW. During the quarter, Siemens Gamesa was confirmed as preferred supplier for full 1,044 MW  Hai Long offshore wind projects, the company’s largest offshore agreement in Taiwan to date. The company continues to work very closely with customers to prepare for the large volume of auctions expected in 2021 (17 GW  projected in the next six months in the Offshore market) and subsequent years, given Offshore wind’s role as the top  energy source for attaining the decarbonization targets.

The Offshore market’s volatility also affected order intake in Service, which achieved orders worth €534m in the quarter. Service order intake in the last twelve months amounted to €3,068m. At the end of June 2021, Service, which is more profitable, accounted for 50% of the backlog (i.e. €16,238m), having increased by 7% year-on-year.

Continuing progress with ESG commitments
Siemens Gamesa is recognized for its excellent ESG performance. During the quarter, the company achieved important milestones in this area, as it became the first wind turbine manufacturer to receive an ESG rating from  S&P, with a score of 84/100. Additionally, Siemens Gamesa is ranked #1 in its sector according to FTSE Russell,  and has been part of the FTSE4Good indexes since 2005.

The company is assessed by renowned ESG rating agencies, ranking in the top percentile in most cases, including  VigeoEiris, ISS ESG, Sustainalytics and MSCI ESG. Siemens Gamesa is a member of such indexes as Dow Jones  Sustainability Index® (World & Europe), FTSE4Good®, Bloomberg Gender-Equality Index®, Euronext® Vigeo and  the Ethibel Sustainability Index® families