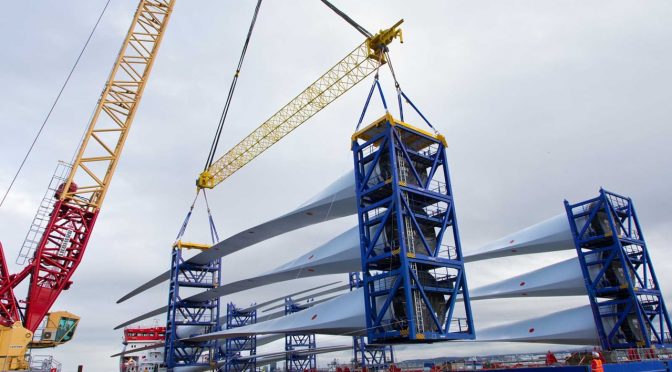 RWE is one of the largest and most experienced offshore wind leaders, with an enviable track record of successfully developing, building and operating offshore wind projects globally, including Scotland. Here, RWE already has over 480 megawatts (MW) of installed renewable energy capacity across onshore wind, offshore wind and hydro sites, with a current development pipeline of more than 350 MW.

To date, the company, which directly employs around 100 people in Scotland, has invested over £180 million into local businesses and is on track to contribute more than £15 million to communities, through the operation of its current projects.

Through earlier UK offshore wind developments, RWE has enabled new port infrastructure to be built, supported job creation and been a key player in local supply chain growth, as well supporting coastal communities by maximising the benefits of the company’s investments locally. If successful, RWE will continue this activity in Scotland.

As part of its natural evolution, RWE is rapidly developing its Floating Wind capabilities. With partners, it is undertaking pioneering work through three floating demonstration projects, in the US, Spain and Norway, which will ensure the business is very well placed to deliver new projects in deeper waters off the Scottish coast, secured as part of the leasing round.

RWE is considered a leading offshore wind partner, involved in the deployment of around 2.4 GW (pro rata) of operational offshore wind capacity, and is developing some of the world’s most advanced offshore wind farms, in support of government net zero ambitions. In the UK, the company is constructing the 1.4 GW Sofia and 857 MW Triton Knoll offshore wind farms. RWE is also progressing four extension projects in the UK, with a combined potential installed capacity of around 2.6 GW (RWE’s pro rata share: 1.3 GW.)

Furthermore, the company successfully bid for two new adjacent offshore sites on Dogger Bank, with a potential total installed capacity of 3 GW, in The Crown Estate’s Offshore Wind Round 4 Leasing auction. Globally, RWE is driving an offshore wind pipeline of almost 10 GW (pro rata)  with secured development rights as part of its total pipeline of more than 30 GW.

“The ScotWind process is a critical step for Scottish Government delivering its ambitious target of 11 gigawatts of offshore wind by 2030. As a long standing partner and investor in the Scottish renewables industry, RWE is pleased to be able to support this through our  participation. Our company is a highly experienced, innovative and globally-recognised player in the offshore wind sector, and anticipates that success in ScotWind would unlock significant opportunities to re-energise the local supply chain, while helping create important, high quality, long term employment. We look forward to continuing as a trusted partner to Scotland in the delivery of its offshore ambitions.”