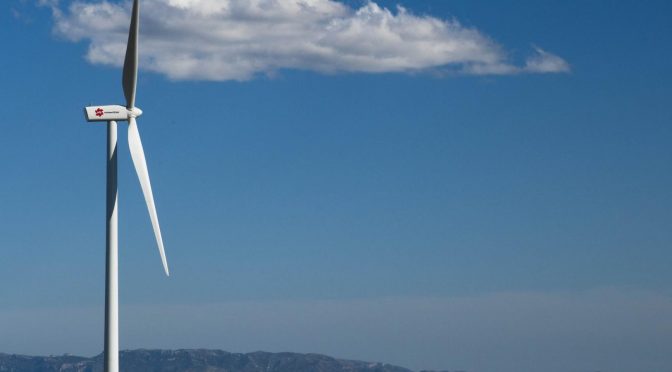 This expansion reinforces EDPR’s strategic presence in Latin America, where it currently has 0.4 GW of operating capacity in Brazil and it is developing 1.6 GW in the Brazilian and Colombian markets.

EDP Renewables (Euronext: EDPR), a global leader in the renewable energy sector and the fourth largest renewable energy producer globally, has reached agreements to acquire a 628 MW wind and solar portfolio in Chile, with commercial operations expected to commence between 2023 and 2025. With this project, EDPR increases its worldwide footprint, achieving a strong presence in 16 international markets. With this projects, EDP’s Group enters its 21st country. The transaction has been reached through two separate agreements with Atacama Energy and Lader Energy for a total consideration of up to $38 million, conditional to the successful achievement of pre-determined milestones for each project.

Miguel Stilwell de Andrade, EDPR and EDP Group CEO, states: “We are committed to playing an active role in the energy transition and in the Latin American markets, where Chile offers world class renewable energy generation potential. The entry into this market confirms the importance of the region for EDPR’s ambitious international growth strategy. This move reinforces our global leadership and we are confident of Chile’s growth potential for the renewable energy sector“.

The portfolio consists of a 77 MW wind farm with a 20-year PPA, expected to enter in operation in 2023, and 551 MWs in projects under development, including two wind farms totalling 297 MWs and one 254 MWac solar park. These projects will be actively participating in the upcoming regulated tenders and in the private PPA market in Chile, aiming to enter into operation by 2025.

This portfolio allows EDP group to establish its presence in Chile with a sizeable and technologically diversified portfolio at different stages of development. EDPR will be pursuing additional wind and solar projects as well as green hydrogen growth opportunities in the country and will play an active role in the green energy transition in Chile.

The Chilean power sector is sizeable and still highly dependent on thermal generation which currently represents c. 50% of the generation mix. In terms of renewables, the country has strong fundamentals both for wind and solar and a stable regulatory framework with visibility on long term PPAs, both through regulated tenders as well as the increasingly growing private PPA market.

Chile has set out an ambitious roadmap that outlines plans to generate 20% of its power from non-hydro sources by 2025 and 70% by 2050. The roadmap further outlines significant potential for the development of large-scale green hydrogen projects, providing an attractive long-term growth outlook for renewables in the country.

EDP’s entry into the Chilean market is within the context of the EDPR Business plan 2021-25, providing diversification and growth optionality in a sizeable renewables market with strong growth prospects, further reinforcing EDPR’s worldwide leading position in renewables.