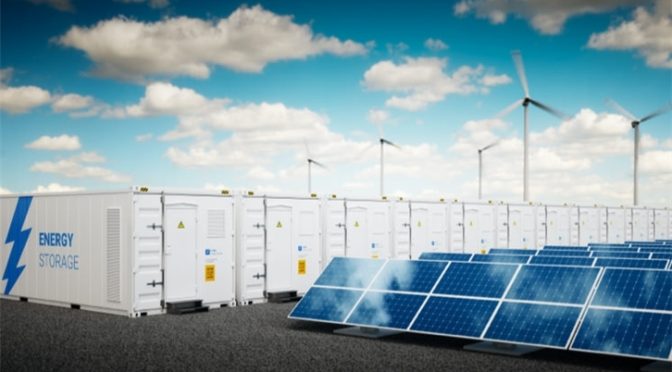 Iberdrola is moving forward with innovative renewable energy projects, with the aim of maximising energy use and continuing to promote the efficient integration of renewable energies into the electricity grid. The energy company will build on the 32-MW Elgea-Urkilla wind farm in Araba, Basque Country, the first battery storage system to be installed on a wind farm in the country, it will have an installed capacity of 5 MW and a storage capacity of 5 MWh. It has also planned another at the Abadiño TS (Bizkaia, Basque Country), which evacuates the power generated at the Oiz wind farm, this battery will have a capacity of 6 MW and be installed by Ingeteam.

In Spain, the company has installed the first battery in a photovoltaic plant in Spain, Arañuelo III (40 MW), which it is building in the municipality of Romangordo (Cáceres, Extremadura). The project involves a 3-MW battery with a 9 MWh storage capacity and the contract for its development has also been awarded to Ingeteam.

It is also developing the Puertollano (Ciudad Real) project – the first and largest green hydrogen plant in Europe at present, powered by a 100 MW photovoltaic plant – which will include a lithium-ion battery system with a storage capacity of 20 MWh. In the Canary Islands, Iberdrola will install batteries at the Ifara and El Vallito wind farms in Granadilla de Abona, Tenerife, which will have a storage capacity of 12 MW.

The company has 200 MW of battery power currently under construction or secured, some of which is already installed, this figure will rise to 300 MW by 2025, mainly in the UK and Australian markets. The company’s current portfolio of battery storage systems amounts to 900 MW.

Storage systems are key to addressing the challenges of the energy transition and are destined to become an essential element in the electrical system of the future. This is because they allow the quality of the electricity supply to be improved, ensuring the stability and reliability of the network and integrating and harnessing the energy generated by renewable sources.

The company maintains its commitment to energy storage through pumped storage technology, where it is the leader with more than 4,000 MW of installed capacity, in projects such as Cortes-La Muela (Valencia) -the largest installation with these characteristics in Europe- and Tâmega, which is under construction in Portugal.

In November 2019, Iberdrola inaugurated the first lithium-ion battery electricity storage system for distribution grids in Spain. The project, a pioneer in the country and located in the municipality of Caravaca de la Cruz (Murcia), improves the quality of energy supply in the surrounding area, as well as making the most of the solar energy generated in the region.

Iberdrola is certain that the energy transition can be a driving force in the transformation of the industrial sector and for a green recovery in the economy and the job market. To this end, the company has launched a historic investment plan valued at 75 billion euros for the period 2020-2025 (150 billion by 2030), with the aim of doubling its renewable capacity and taking advantage of the opportunities offered by the energy revolution facing the world’s leading economies.

Investments in Spain for the period amount to around 14.3 billion euros, half of which will go to developing new renewable projects, while more than 4.5 billion euros will go to strengthening and further digitalising electricity grids.