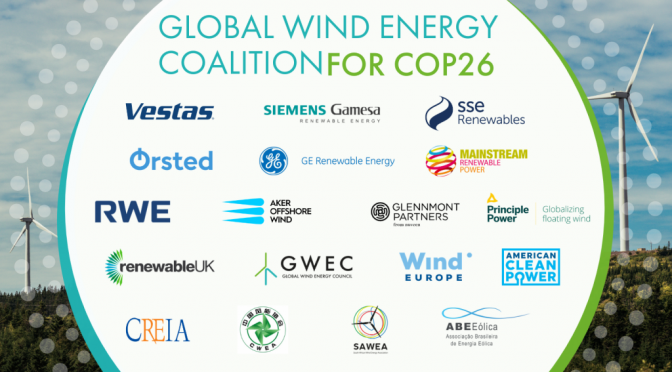 The Leaders Climate Summit promised to be a big moment on the (so far virtual) road to COP26. With global leaders setting out their updated NDCs and climate strategies ahead of the Glasgow-bound conference in November, it’s fair to say that global climate ambition has never been higher. Now that the dust has settled, it seems like a good moment to take stock of what the flurry of announcements means for renewables – and whether the ambition will be matched by action.

The run up to the summit saw a roll call of impressive climate pledges. First out of the blocks was COP26 host-nation, the UK, committing to a widely welcomed 78% reduction in greenhouse gas emissions by 2035, on a 1990 baseline. Shipping and aviation were included in the accounting for the first time. The UK’s target was swiftly followed by the EU’s provisional agreement on the European Climate Law, negotiated on the red eye shift late into the night, to cut emissions by “at least” 55% by 2030, again on 1990 levels.

The targets are all on confusingly different baselines, so if you want to compare and contrast what these emissions targets actually mean in reality, check out this neat Twitter thread from Simon Evans of Carbon Brief.

Headline targets are an effective way of putting a stake in the ground, signalling your ambition, and declaring your nation open for clean energy investment. Increasingly the renewables sector will power the transformation of global economies, not just decarbonising electricity production, but also powering our cars, heating and cooling our homes, and helping make industrial processes cleaner. Tweet

What do these pledges mean for renewables?

Firstly, I want to start by strongly welcoming increased emissions reduction targets in general. Headline targets are an effective way of putting a stake in the ground, signalling your ambition, and declaring your nation open for clean energy investment. Increasingly the renewables sector will power the transformation of global economies, not just decarbonising electricity production, but also powering our cars, heating and cooling our homes, and helping make industrial processes cleaner. Setting ambitious headline targets can set an overall structure and direction of travel for these system-wide changes to happen.

Even better than a headline target is obviously a renewables or wind specific target. There are a few key players who have taken this approach. For example, the UK has a pledge for 40 GW of offshore wind, with at least 1 GW of floating wind, by 2030. President Biden has also set out a target of 30 GW of offshore wind in the US by 2030. There is now also buzz that the EU will scale-up its 2030 renewable energy share target to 38-40%, up from 32% today, which would require 452 GW of wind power capacity.

These countries have recognised the huge economic potential of wind – and right now we have only just scratched the surface of what the technology can achieve.

Pretty much all credible decarbonisation scenarios and pathways show that global economies will need huge volumes of wind to help clean up their economies, whether that’s through electrification or in the production and use of green hydrogen. Work we have done here at the Global Wind Energy Council shows that we will need to build 180 GW of wind on average per year over the next decade to stay within a 2°C pathway. The wind industry is ready to roll up its sleeves and help reduce emissions from transport, industry, heating and cooling. We have the technology and know how, and have already shown how quickly we can innovate to get emissions down, whilst creating jobs and supporting local economies. So, we are of course delighted to see a race to the top when it comes to renewables targets.

But targets alone are not enough

But – and this is a big one – ultimately your target is only ever as good as the plan to achieve it. And this is where we, as the wind industry, urgently need to see progress from our global policymakers. Whilst we are seeing a race to the top in terms of ambition, in the vast majority of countries we are not seeing this translated into the hard policy drivers that the climate emergency necessitates.

In most global markets we are dealing with planning, grid and procurement frameworks that are set up for fossil fuels, and act as a serious obstacle to deploying renewables at the pace needed to meet targets. For example, many countries continue to give fossil fuels priority grid dispatch, meaning it is economically impossible for renewables to gain a foothold in the power market. In other countries, disputes over land permitting and grid connections for new renewables projects are consistently refused or delayed.

For example in Germany, the largest onshore wind market in Europe and an energy transition leader, more than 10 GW of wind projects are stuck in permitting delays, according to a 2019 survey by consultancy GA Wind.

In South Korea, despite ambitious net zero and offshore wind targets, complicated and long permitting processes and difficulties managing various stakeholders have resulted in offshore wind projects taking more than 2-3 times to complete the permitting process compared to the global average, and these delays may risk meeting their target.

In Mexico, a recent bill passed under the Electricity Act gives priority dispatch to state-owned utility CFE, whose only assets are fossil fuels and large-hydro plants that generate power with far higher costs and carbon emissions, and poses an unequivocal threat to all local and foreign private sector investment into Mexico’s formerly robust renewable energy market.

But – and this is a big one – ultimately your target is only ever as good as the plan to achieve it. And this is where we, as the wind industry, urgently need to see progress from our global policymakers. Tweet

How do we turn ambition into action?

Try as we might, the wind industry obviously cannot solve this problem alone. We want – and need – to work collaboratively to tackle the climate crisis. But we need governments to get serious about the climate emergency and stop undermining renewables deployment – policy making must respond to the scale of the challenge here. Wind is largely a mature renewable technology; we know it works, it’s affordable, we can deploy it at scale, and it has the most decarbonisation potential of all clean energy technologies. Scaling-up wind power should be the quickest of wins in our fight against dangerous climate change.

Ultimately, countries that continue to take a business-as-usual approach (or worse) to deploying renewables will miss out on the opportunity to decarbonise, not to mention all the socioeconomic benefits that wind and renewables bring with them. There is a reason that both the UK and the US have put wind power at the heart of their economic recovery plans and – *spoiler* – it isn’t an altruistic one.

Wind has already created millions of jobs and billions in investment for local communities – governments can unleash the full socioeconomic power of wind energy by putting in place energy markets and policies that account for the true costs of fossil fuels, and the true value of wind power. Leading wind power companies have come together as a coalition ahead of the crucial COP26 conference to urge governments to work with us to deliver the wind energy we need to power our sustainable futures, and our economies.

We want to help you deliver your promises, and transform your energy systems, but in return, we need to see you finally take a climate emergency approach to policymaking. While we welcome ambitious emissions and renewable energy targets, we need governments to ‘walk it like they talk it’, or risk not meeting these targets and falling behind on the decarbonisation that needs to happen to achieve net zero by the middle of this century. Global Wind Energy Council (GWEC) is a member-based organisation that represents the entire wind energy sector. The members of GWEC represent over 1,500 companies, organisations and institutions in more than 80 countries, including manufacturers, developers, component suppliers, research institutes, national wind and renewables associations, electricity providers, finance and insurance companies. Find out more