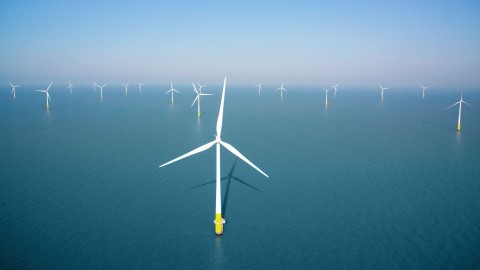 The County Administrative Board of Skåne grants Vattenfall a Natura 2000 permit to build wind power on the Swedish section of Kriegers Flak. The decision is a step toward achieving Sweden’s climate goals and makes a long-awaited contribution to energy supply in southern Sweden.

Kriegers Flak is an area in the Baltic Sea 30 km south of the Swedish coast.

“The decision shows that it is possible to find ways for environmental considerations and wind power to coexist in the Nordvästra Skånes Utsjövatten Natura 2000 area. With this, we are taking a long-awaited step towards more renewable electricity generation in the region of Skåne,” says Johnny Ståhlberg, Vattenfall project manager.

In order to achieve their goals, Region Skåne, the County Administrative Board and Kommunförbundet Skåne intend to increase renewable electricity generation by 3.0 TWh by 2030. Generating between 2.3 and 2.8 TWh annually, corresponding to approximately 20 per cent of Skåne’s electricity consumption, the Swedish wind farm Kriegers Flak will be important for Skåne’s energy and climate transition.

“It will also aid in solving problems caused by transmission capacity shortages in the national grid. It is windier at sea and thus, offshore wind power will provide more stable electricity generation,” says Johnny Ståhlberg.

In recent years, parts of the Kriegers Flak wind farm area have been classified as a Natura 2000 site. To minimise impact, the turbines will therefore be placed at a sufficient distance from sensitive habitat types.

As part of the Natura 2000 evaluation, Vattenfall has conducted thorough environmental studies in the area covering reef, bird, fish and porpoise nature types. This is to enable finding alternatives, taking appropriate protective measures and using methods to facilitate coexistence between wind power and environmental considerations.

“When we build wind power, the impact on local species should be as small as possible. That being said, the climate change we are facing is one of the greatest threats to biodiversity and survival of species,” says Johnny Ståhlberg.