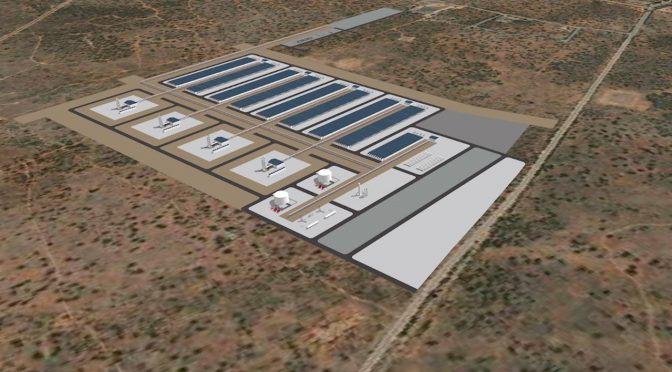 RWE Supply & Trading and Australian hydrogen project developer The Hydrogen Utility Pty Ltd (H2U) have joined forces to develop hydrogen trading between Australia and Germany and therefore signed a Memorandum of Understanding. Together, they aim to bring green hydrogen produced in Australia to Europe. This is in line with the objective of HySupply, a
24-month German-Australian feasibility study which started December 2020 by the German Academy of Science and Engineering and the Federation of German Industries. RWE Supply & Trading  and H2U are contributing to this with their expertise. Furthermore, the planned LNG Terminal in Brunsbüttel, where RWE intends to book capacity, can be an ideal location for the future import of hydrogen into Germany.

H2U develops several hydrogen projects in Australia and New Zealand such as the Eyre Peninsula Gateway Project. At the planned location in South Australia, they want to build a
75-megawatt electrolysis plant, which can supply hydrogen for about 40,000 tonnes of ammonia annually. In a second phase of expansion throughout the 2020’s H2U wants to extend the capacity to 1.5 gigawatts of electrolysis.

Javier Moret, Global Head of LNG at RWE Supply & Trading, emphasizes: “H2 is the perfect long-term solution to decarbonise industry, aviation and the transport of heavy goods. Australia is one of the countries that has excellent conditions to produce green hydrogen – low cost of production and a stable framework. As a globally active trader of commodities, we have a lot of experience with shipping energy carriers – including Australian LNG – around the globe and see ourselves as a facilitator for global hydrogen trading. “

H2U’s CEO, Dr Attilio Pigneri: “H2U is pleased to partner with RWE to explore the possibilities for providing affordable green hydrogen and hydrogen derivatives such as ammonia and synthetic methane to power Germany and Europe’s future. We see the trading of green hydrogen to Europe being fully decarbonised using green ammonia as the shipping fuel of the future.
H2U has attracted a cornerstone investment from Mitsubishi Heavy Industries of Japan and we see a strong future for green hydrogen as the decarbonising energy in power grids, gas grids, mobility and industry.”

RWE is also constructing renewable energy plants in Australia. In Limondale, the company is currently building one of the largest solar farms in the country. Furthermore, RWE is driving forward some 30 hydrogen projects, mostly located in the Netherlands, Germany and the UK. More information at www.rwe/hydrogen.