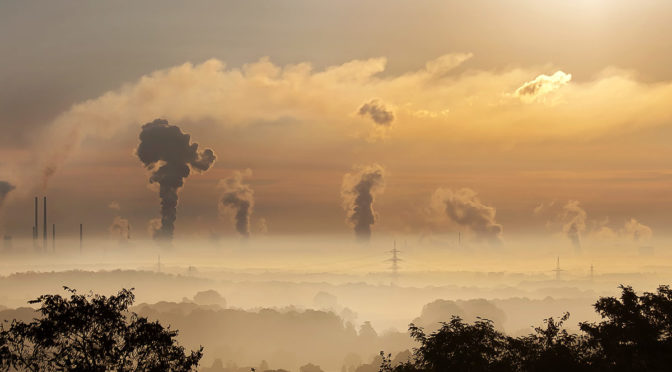 Greenhouse gas emissions materially sank last year in Spain due to the reduction of activities during the pandemic. Confinement and the drop in transport and production caused the gases that heat the atmosphere to decrease in 2020 by 17.9% compared to the previous year

It is the steepest descent in Spanish history. The result was that CO2 emissions were for the first time below the levels of 1990, a year commonly used as a reference by countries to assess the degree of compliance with international agreements against climate change.

The crisis unleashed by the coronavirus meant the largest reduction in emissions ever recorded in Spain, a situation that was also reflected in the decline in GDP and employment or the increase in public debt.

It is the steepest descent in Spanish history. The result was that CO2 emissions were for the first time below the levels of 1990, a year commonly used as a reference by countries to assess the degree of compliance with international agreements against climate change.

The crisis unleashed by the coronavirus meant the largest reduction in emissions ever recorded in Spain, a situation that was also reflected in the decline in GDP and employment or the increase in public debt.
Emissions to the atmosphere
Below 1990

In 2020, greenhouse gas emissions decreased specifically by 17.9% compared to 2019. This means that, after the decreases already registered in 2018 and 2019, global emissions reached a reduction of 11% compared to the base or reference year (1990) and 42% compared to 2005. These are data from a report prepared by the Sustainability Observatory. Led by the economist and climate change expert José Santamarta, Fernando Prieto, Raúl Estévez Estévez, Carlos Alfonso and Juan Avellaner have collaborated with him.

Of the total emissions produced in Spain, 36.4% correspond to those of large energy-intensive industries (thermal, cement, steel, glass, tiles …) that are subject to the regulated European emissions trading system and that obtain your rights to emit the tonnes in an area that covers the whole of Europe.

For its part, the rest of the field (transport, building, waste…), the so-called diffuse sectors, represented 61% of total emissions in Spain.
Energy outlook
One key: less coal and gas, and more renewables

One of the keys to this new panorama has been the reduction in the burning of coal for electricity generation (55%), accompanied by a reduction in the consumption of natural gas in combined cycle plants (25%).

The “portrait” of the energy map was completed with a 23% increase in hydroelectric production, a 1.8% growth in wind energy and a 68% increase in photovoltaics.

Wind power alone prevented the emission of 29 million tons of CO2 equivalent in 2020.
foto XAVIER CERVERA 03/05/2011 Wind energy is the energy obtained from the wind, that is, the kinetic energy generated by the effect of air currents, and which is transformed into other useful forms for human activities. At present, wind energy is used mainly to produce electricity through wind turbines. Wind energy is an abundant, renewable, clean resource and helps reduce greenhouse gas emissions by replacing thermoelectric plants based on fossil fuels, which makes it a type of green energy. . examples in Serra de Llaberia between Baix Camp and Priorat (Tarragona province)

In 2020, oil consumption decreased by 18.5% compared to the previous year and natural gas decreased by 9.8%, dragged down by the 20.3% drop in natural gas destined for electricity generation to replace coal . In the road transport sector, emissions have fallen by 17.5% in 2020.
? It is possible to speak of an interesting phenomenon of decoupling. While Spanish GDP has increased by 57% since 1990, greenhouse gas emissions have decreased by 11% in the same period.

A determining factor in this whole situation has been the lower generation with coal, due to the high price of CO2 emission rights, which has risen by 423% between 2017 and 2020

“The tragedy of the 2020 pandemic has had significant repercussions on the entire economy, consumption and production. But, above all, it has been appreciated in mobility, land and air transport, to the point that the latter was practically closed, and also in the tourism sector and therefore in fuel consumption as observed in imports of petroleum products ”, point out the authors of the study. “In addition, trends already begun in previous years have continued to be observed, such as the virtual disappearance of coal until reaching 2% of electricity production and its replacement by gas.”

No less remarkable have been the record productions in renewable energies (and specifically wind and photovoltaic), which is why maximum energy production was reached without CO2 emissions.

Fernando PrietoDirector of the Sustainability Observatory

Fernando Prieto, director of the Sustainability Observatory, declared: “these data already observed allow increasing the ambition of the reduction objectives of the new Climate Change Law to achieve a decarbonized, more sustainable and more competitive economy”.

Prieto points out that “the magnificent opportunity of Next Generation funds should also be taken advantage of to enable a low-carbon green recovery and distribute the money among SMEs, the self-employed and the population in projects, for example, such as a million solar roofs” .
Structural changes
Three recommendations

1) The authors of the study consider that the decision processes should be reviewed “to achieve structural and non-conjunctural decarbonisation due to this tragedy caused by the pandemic”, both in the electricity and gas sectors (through the recovery of hydroelectric plants, storage of energy) as in other areas, such as the transport of goods by road, to achieve this decarbonisation ”.
? 2) They also recommend that photovoltaic energy be strengthened through solar roof programs in small facilities and in industrial buildings and that a net balance be allowed, to disseminate these types of facilities and thus avoid the impact of large facilities on the territory.
“We believe that the magnificent opportunity of Next Generation funds should be seized to finally decarbonize the economy and enable a low-carbon green recovery,” they add.