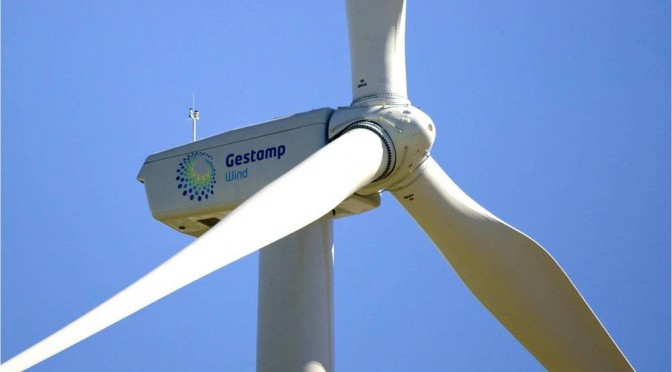 Naturgy has signed an agreement with Gestamp in order to secure the consumption of renewable energy in Spain. The agreement will ensure that from 2022 onwards, all the Group´s productive facilities and R&D centers in Spain will operate with 100% renewable energy.

The Company becomes the first in the automotive sector in Spain to operate with electricity generated entirely from renewable sources. Specifically, Gestamp will receive a supply of energy equivalent to 203 GWh per year from solar and wind sources, in an agreement that includes a long-term Power Purchase Agreement (PPA).

As per this agreement, valid for 10 years starting January 2022, the multinational automotive components Group will reduce its greenhouse gas emissions by 50,000 tons of CO2 per year. This figure accounts for a 13% reduction in the Group´s total carbon footprint resulting from the Group’s electricity usage, equivalent for the same CO2 amount absorbed by 350,000 trees in a year.

The Company, which is present in 24 countries, has its largest number of centers in Spain. Specifically, 21 out of more than the 100 plants that Gestamp operate around the world are located in Spain. The Group also owns two R&D centers in the country. The electricity consumed in all these Spanish production facilities and R&D centers accounts for 18% of Gestamp’s worldwide consumption.

Francisco Reynés, Naturgy’s President, pointed out the importance of this kind of agreements, as the one signed with Gestamp, to move forward to a low-carbon economy. Naturgy supports win-win agreements to enhance Spanish companies and its key role in more sustainable energetic transition.”

This agreement is a very important milestone for Gestamp as part of an ambitious strategy in Sustainability to accomplish our emissions reduction objective approved by the Science Based Targets initiative,” according to Gestamp’s Executive Chairman, Francisco J. Riberas.