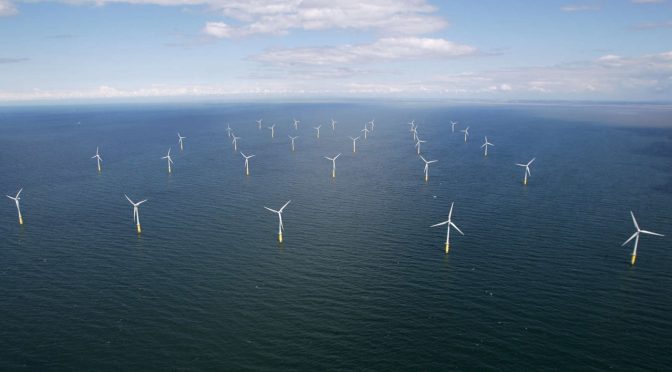 Equinor and partner BP have been selected to provide close to 2.5GW of offshore wind power to the state of New York, US, in the latest renewables solicitation.

Equinor and BP will develop 1,260MW Empire Wind 2 project and another 1,230MW Beacon Wind 1 project in the US East Coast.

Claimed to be one of the largest renewable energy procurements in the US so far, the execution of the award is subject to the negotiation of a purchase and sale agreement, which the firms will finalise with the New York State Energy Research and Development Authority (NYSERDA).

Equinor CEO Anders Opedal said: “These projects will deliver homegrown, renewable electricity to New York and play a major role in the state’s ambitions of becoming a global offshore wind hub. The US East Coast is one of the most attractive growth markets for offshore wind in the world.

“The successful bids for Empire Wind 2 and Beacon Wind 1 represent a game-changer for our offshore wind business in the US and underline Equinor’s commitment to be a leading company in the energy transition. These projects will also create value through economies of scale and support our strategic ambition of becoming a global offshore wind major.”

The two firms formed a partnership in September 2020 for offshore wind in the US, with the UK oil and gas major BP holding 50% interest in the Equinor-operated Empire Wind and Beacon Wind assets. This deal is expected to close in early 2021.

Located 15-30 miles south-east of Long Island, Empire Wind spans 80,000ha, with water depths of between 65ft and 131ft. The lease was acquired in 2017 and is being developed in two phases with a total capacity of over 2GW.

Covering 128,000ha, Beacon Wind project is located 60 miles east of Montauk Point and 20 miles south of Nantucket. The lease was acquired in 2019 and has the potential to be developed with a total capacity of over 2.4GW.