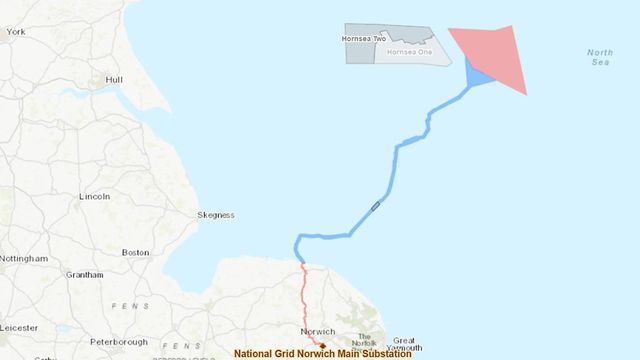 The wind farm would have a capacity of 2.4 Gigawatts, generating energy for two million homes.

The application was originally lodged in May 2018 and was subject to a six-month examination.

On Thursday, December 31, Alok Sharma, secretary of state for business, energy and industrial strategy, announced he was granting development consent.
One of the world’s biggest wind farms will be built off the Norfolk coast after the government gave it the go-ahead – despite concerns about the impact on wildlife and villages in the county.

It will see cables laid in a 35 mile long trench from Weybourne on the coast, to Swardeston, south of Norwich, to connect the power generated by the turbines to the National Grid.
“The unique compensation plan for Hornsea Three demonstrates that the industry can continue to deliver on the government’s offshore wind ambition of 40GW by 2030 in a sensitive and environmentally responsible way.

“Climate change remains a very serious threat to our environment and habitats and there is an ever pressing need to act.

“Once complete, Hornsea Three could provide clean power to over two million UK homes and offset over 128.2 million tonnes of carbon dioxide over its lifetime.

“It will make a significant contribution towards meeting the UK’s net zero commitments and in the crucial fight against climate change.

“We will now be reviewing the full development consent order and will continue to work closely with stakeholders and local communities as we take the project forward.”