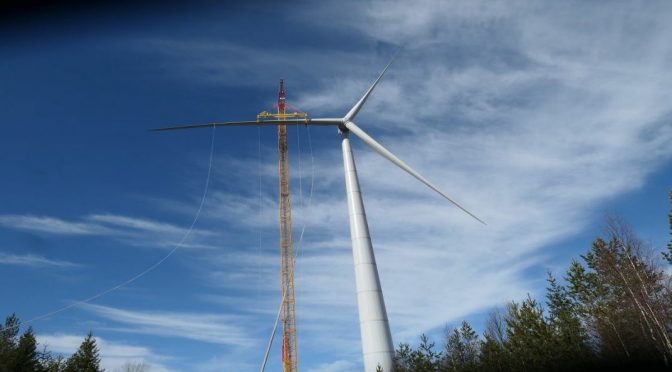 Ameren Missouri said Wednesday it has closed on a long-planned acquisition of a wind energy center in the northeast part of the state.

The electric utility said the purchase of the High Prairie Renewable Energy Center in Adair and Schuyler counties, together with a future wind center acquisition in Atchison County, in the northwest, will add 700 megawatts to the grid.

High Prairie, with 175 wind turbines, will produce enough energy to power the equivalent of 120,000 homes in 2021, Ameren said.

It and the Atchison purchase, which will add 300 megawatts, are to cost $1.2 billion, Ameren said.

The company’s chief renewable development officer, Ajay Arora, said the High Prairie purchase marks the beginning of a transformation toward more renewable power. Ameren in September said it would invest $8 billion in renewable energy over the next 20 years in a push to operate with net-zero carbon emissions by 2050. Arora was named this month to lead that push.

He said the utility would look to operate wind facilities generating 2,700 megawatts by 2040. Solar energy owned by Ameren will have a similar output, Arora said. Ameren in October said it would move forward with a 91-acre solar farm near New Florence in Montgomery County.

Arora said other sources of renewables would include nuclear, but also new technologies such as enhanced battery storage, carbon capture and so-called green hydrogen, in which renewables are used to produce the gas from water.

Last year, Ameren scrapped the planned acquisition of a third wind farm, also in Atchison County, sayingupgrades required for its transmission system would have been too costly.