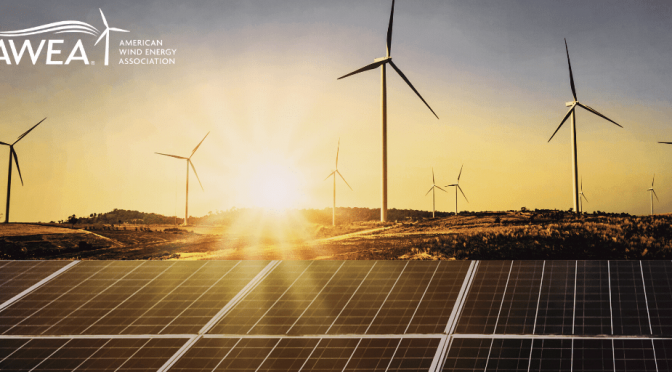 “American Clean Power is uniting the renewable power sector to speak with a unified voice at a time when investments in renewable energy can help solve two of the nation’s biggest challenges, rebuilding our economy and addressing climate change,” said Invenergy President and COO Jim Murphy, who chairs the association’s transition board. “With renewable energy having the potential to supply half of the nation’s electricity by 2030, Heather brings the perfect mix of experience, skills and relationships to help our industry seize this historic opportunity for further investment in the US economy.”

“Solving climate change means leading a clean energy transformation which will rebuild America’s economy. American Clean Power will be the leading voice for creating jobs, spurring massive investment and driving innovation, while bringing us closer to the carbon-free future we need,” said newly-appointed ACP CEO Heather Zichal. “This is a pivotal moment to unite the entire clean power supply chain behind one organization to ensure renewable energy continues to grow into the dominant source energy for America. No job could be more inspiring.”

Zichal has had a long career battling global climate change and brings deep experience in the public and private sector. Most recently, she served as the Executive Director of the Blue Prosperity Coalition, a global network of governments, NGOs, scientists and ocean experts working to advance sustainable, blue economy goals. She previously served as the Vice President of Corporate Engagement for The Nature Conservancy (TNC), coordinating engagement with multilateral corporations to advance innovative approaches to some of the world’s most complex sustainability challenges. In government, Zichal served as Deputy Assistant to the President for Energy and Climate Change during the Obama Administration, where she coordinated the administration’s energy and climate policy, as well as the groundbreaking Climate Action Plan. Prior to joining the Obama administration, Zichal served as Legislative Director to one of the Senate’s leading environmentalists, then-Senator John Kerry.

Zichal will assume her role on Monday, December 14th. Additional ACP executive appointments will be announced in the coming weeks.

Tom Kiernan, the outgoing CEO of the American Wind Energy Association (AWEA), which is merging into American Clean Power said, “I want to congratulate Heather and extend my support to her in this transition. ACP is poised for great and important work in the coming years.”

American Clean Power officially launches on January 1, 2021 and will represent over 800 member companies from across the renewable energy sector in its first year. The group will reflect the diversity and scale of the modern renewable energy marketplace. ACP will work in close collaboration with other clean energy trade organizations and advocacy groups.

American Clean Power is the voice of companies from across the clean power sector that are powering America’s future, providing cost-effective solutions to the climate crisis while creating jobs, spurring massive investment in the U.S. economy and driving high-tech innovation across the nation. We are uniting the power of America’s renewable energy industry to advance our shared goals and to transform the U.S. power grid to a low-cost, reliable and renewable power system