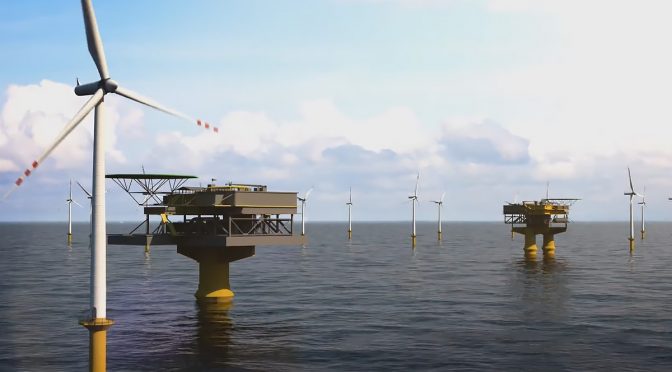 When completed, the electricity generated at the Kriegers Flak wind farm will be able to flow to both Germany and Denmark. This facilitates the optimal use of both money and space. The cables can also be used for electricity trade between the two countries, which increases competition in the electricity markets leading to lower electricity prices.

The Kriegers Flak Combined Grid Solution proves that hybrid offshore wind projects are already happening – and there are more projects in the pipeline that developers want to start constructing.

However, there is no European legal framework for them at this moment which causes uncertainty. And the industry won’t be able to build hybrid projects without clear revenue perspectives. It is, therefore, essential that the Offshore Energy Strategy establishes clear rules for hybrid offshore wind farms that will help making them investible.

WindEurope CEO Giles Dickson said: “Kriegers Flak will be the first offshore wind farm to be connected to two countries. And Governments, TSOs and the wind industry want to start developing more of these hybrid offshore wind farms. They save money and space and they enhance energy flows across Europe. The EU Offshore Energy Strategy needs to recognise this and map out a clear framework to support the development of hybrids, both in the long term and now.”