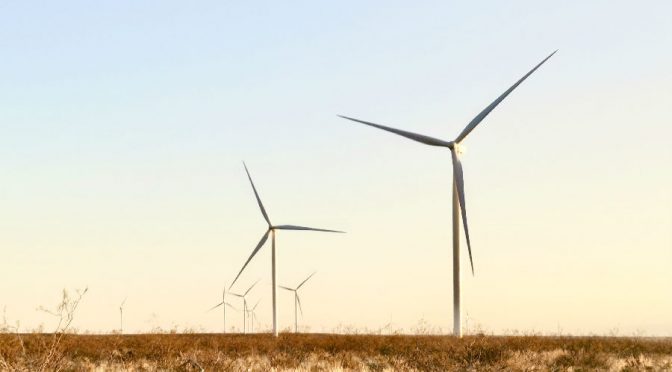 This was reported this afternoon by the company through a note sent to the National Securities Commission (CNV), in which it specified that it received from Cammesa from 0 am today the commercial authorization of 99.58 Mw corresponding to 26 wind turbines of the Los Teros I Wind Farm.

This is the first stage of the Los Teros project, for which the company hopes to obtain the commercial authorization of the remaining wind turbines that they complete, in order to reach a total power of 123 Mw, once the technical tests are completed in the next seven days .

With a total investment of about 200 million dollars, the park will generate when the two phases of the projects are in operation some 172 MW of clean energy, the equivalent of the needs of 228,000 homes.

The work will include more than 45 wind turbines in its two stages, and this first one that started today includes the installation of 32 GE windmills of 3.83 MW, in an area of ??2,450 hectares, 45 kilometers away from the city of Azul .

Each wind turbine has a height of 110 meters and a propeller of 137 meters in diameter, so its transfer and installation required significant logistics and infrastructure work, the construction of roads, concrete bases of 21 meters in diameter, among other tasks. .

The objective of YPF Luz with this project is to provide renewable, efficient and reliable energy to customers through the wholesale electricity market (MATER), and it will be connected through the 132kv line that connects Tandil with Olavarría. The renewable energy generated in Los Teros will supply the industrial plants of Toyota, Coca-Cola FEMSA, Nestlé and Profertil, among others.

In terms of environmental sustainability, the generation of wind energy from this park will mean a reduction in emissions of 8.8 million tons of CO2 in 20 years, with respect to the same energy production through a thermal power plant, which is equivalent to savings of 81,800 m3 of diesel or 130 million m3 of natural gas.

Los Teros wind turbines will have a capacity factor of 57%, an efficiency level considered high nationally and internationally, which positions Azul as a town with excellent natural conditions for this type of development, due to its constant winds, climate and location.

YPF Luz also has the Manantiales Behr wind farm in the province of Chubur and Cañadón león in Santa Cruz, in addition to different operations in thermal generation.