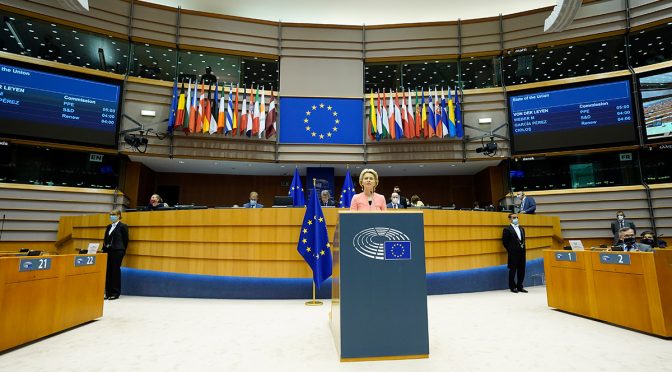 President Ursula Von der Leyen officially called for a greenhouse gas emissions reduction target of at least 55% to 2030 in her 16 September State of the European Union speech.

This is a significant increase from today’s 40% target and would set the EU on a credible trajectory towards climate neutrality. The European Commission’s impact assessment showed the target is achievable and beneficial for Europe.

This proposal now needs to be agreed by National Governments and the European Parliament in the next months.

Implementing this objective will require boosting renewables, increasing energy efficiency and reinforcing the Emissions Trading System. The European Commission is scheduled to table legislation, including a recast Renewable Energy Directive, in June 2021.