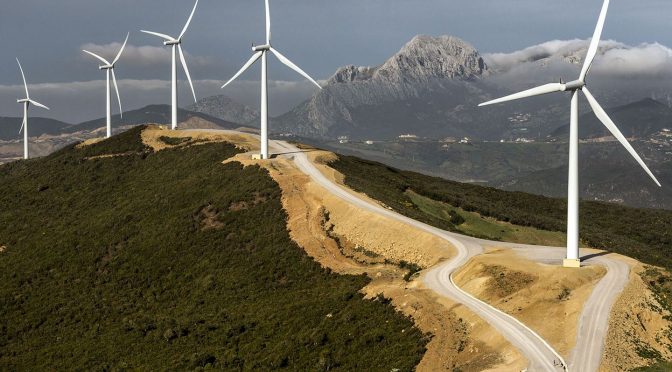 The Mexican renewable energy company Thermion, together with Siemens Financial Services, is developing the Delaro Wind Farm in Reynosa, Tamaulipas, which will have a total installed capacity of 117 megawatts (MW), which is already committed and sold to national and international companies.

Thermion reported that Delaro is the first wind power project with Siemens Financial in Mexico, adding that Tamaulipas state was chosen for having some of the most suitable winds in the country.

Tamaulipas accumulated 1,163 MW of installed capacity in 2019, which makes it the entity with the second largest capacity in the country, the company said in a statement citing figures from the Mexican Wind Energy Association (AMDEE).

He highlighted the proven efficiency of the SG 4.5-145 wind turbine offering one of the best Levelized Energy Costs (LCoE). He explained that with its 200 meters of peak height, equivalent to three times the pyramid of the Sun in Teotihuacán, this turbine is ideal for areas with medium wind and added that Delaro is the second installation in the country that has this model.

The project has 27 wind turbines with blades and towers manufactured in Mexico and will generate around 400 direct jobs.

“The Delaro wind energy project offers Mexico the opportunity to approach its independence from fossil fuels, providing clean, reliable and affordable energy, equivalent to the electricity demand of 64,634 homes and CO2 savings equivalent to 22.8 million trees planted” the company stated.

He said that the Mexican wind energy market is the second largest in Latin America with an installed capacity of 6,600 MW and has strong growth potential for the next few years.

Currently, wind power provides about 6% of the country’s electricity needs, or the equivalent energy supply required by 6 million Mexicans, he estimated.