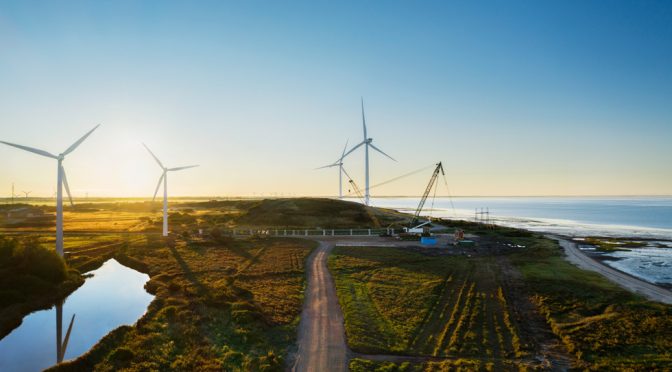 Global corporate PPA volumes reached 8.9GW in 2020 through July. Though activity is currently marching ahead of 2019, a big second half will be required in order for the market to hit record volumes by year-end.

More than in previous years, deals will have to be globally spread for a new record to be established in 2020, as the world’s largest corporate PPA market – the U.S. – has seen activity drop significantly. In Texas alone, which saw 5.5GW of PPAs in 2019, PPA volumes stand at just 940MW so far. This is partially due to the pandemic, which is having a significant impact in a number of markets around the world.

Nevertheless, other regions have picked up the slack: Latin America is positioned for a record year, due to firms in Argentina, Brazil and Chile choosing to purchase clean energy through the wholesale market, with 860MW deals announced in Brazil alone.

Europe has also had a promising start to the year, with PPAs totalling 1.4GW signed in nine different markets in 2020 through July. The region is also no longer a one-trick pony. The Nordics, which typically dominate, saw just 400MW of PPAs announced in the first seven months. A warm, wet winter led power prices in the region to their weakest start in over a decade, curbing appetite from buyers. Spain has emerged as the hottest procurement market in Europe, with the cheapest solar PPAs and the most competitive wind prices after the Nordics.

Southeast Asia also has the core ingredients of an up-and-coming corporate procurement market. Malaysia just finished piloting a peer-to-peer energy trading program, Singapore has a growing number of retail clean energy supply products and Vietnam is on the verge of piloting a direct PPA mechanism. The region is brimming with potential and has an abundance of large energy consumers – perfect for a flurry of future activity.

The pandemic is largely responsible for a paucity of corporate PPA activity in India, with many deals put on hold as the federal government imposed a lockdown for more than a month. Activity totalled 285MW in 1H 2020, the lowest volume in a half year for two years. While parts of the market have relaxed the lockdown measures, decision-making on procurement has still slowed. Corporations want to wait for production levels to go back to normal, and their power demand to become more certain, before taking a call on long-term fixed price power.

Before the pandemic hit, the group captive model was a popular procurement option, due to federal government-mandated exemption on the payment of cross-subsidy surcharges. As operations return to normal, BNEF expect group captive deals to continue to be preferred choice for long-term power procurement by corporations, so long as they are not subjected to additional charges from power distribution utilities.

While the slowdown is largely due to the pandemic, procurement activity since 2019 has been lower compared to earlier years, as many supportive state-level policies have been phased out. Moreover, regulatory uncertainty has become frequent in the past year as utilities struggle to control their losses. Many utilities are raising their open-access charges to bolster their earnings, making third-party procurement unviable, while others are pushing for retroactive changes to operational policies. In conjunction with the pandemic, this makes for a difficult time for corporate buyers in India. It is significant that no Indian company has joined the RE100 since October 2018.

Most corporations in India choose to purchase clean energy through the market’s open access mechanism, which allows electricity users with a connected load of more than 1MW and a minimum connected voltage of 11kV to buy power directly from third-party generators. Within open access, the group captive model has historically been the main way companies buy clean energy: several corporations and an independent power producer jointly invest in a renewables project, with the corporations consuming at least 51% of the energy generated. Prominent procurement mechanisms and policies in other markets, like sleeved retail programs and onsite generation, vary in popularity and policy support by state, and have been met with opposition from distribution companies.

In July, Taiwan Semiconductor Manufacturing Company announced a contract to purchase the full output from Ørsted’s 920MW Greater Changhua 2b & 4 Offshore Wind Farm. Despite its size, this deal is not a total surprise. Google broke the ice in January 2019, signing the island’s first corporate clean energy contract, for 10MW of solar. The deal was the culmination of years of pressure from Taiwan’s largest power consumers, who wanted more flexibility in how they purchase clean energy. A second announcement came in May 2020, when TSMC joined seven other power consumers and retailers to purchase 110GWh of clean energy annually, to be sourced from five solar farms totaling 90.4MW. This announcement came just one month after the utility monopoly Taiwan Power Company was granted a clean power retail license, allowing consumers to buy from any wind and solar project.

Energy transition has been a big part of the current administration’s agenda when it first came into power in 2016. A widespread power outage in 2017, and party politics ahead of the 2020 election, cast doubt on the direction and the swiftness of the island’s shift towards clean energy. The record-setting green power demand from corporations should boost the confidence of the administration, and help solidify its renewable energy expansion plans.

Taiwan’s corporate PPA market, which now totals 1,020MW, stands in stark contrast to mainland China, which has been treading water for several years now. Just two such deals have been announced in China to date, totaling 110MW. With offsite PPAs limited to select provinces, the growing group of Chinese companies with clean energy goals have only onsite generation and the voluntary green certificate market as reliable options to meet targets.

The Covid-19 pandemic has led to a noticeable slowdown in corporate activity on clean energy procurement in Japan, with firms hesitant to make large commitments and expenditures amid the business uncertainty. Only five Japanese companies joined the RE100 in 2020 through July, equivalent to less than 30% of the 2019 total. One positive aspect of the pandemic is Japan’s stimulus package supporting onsite PPAs for corporations. The Japanese government has allocated 5 billion yen for subsidizing onsite PPAs to encourage companies to relocate back to Japan to strengthen domestic supply chains. The subsidy is 40,000-60,000 yen/kW for solar projects and any company can apply, as long as PV systems are installed by the end of February 2021. This should drive more corporate clean energy procurement over the coming months.

In general, Japan’s corporate procurement market has been a ticking time bomb for several years. The market has 35 RE100 members, trailing only the U.S. and the U.K., but these companies have had no way to purchase clean energy at a large scale. They can have their energy retailer purchase certificates on their behalf from the feed-in tariff certificate auctions. But these auctions have failed to build consistent momentum, plummeting from 187GWh in November 2019 to 63GWh in the latest auction. Companies can also install rooftop PV to meet a smaller portion of their demand at competitive prices, or work with a retailer to purchase clean energy through a green tariff. These programs partially address the issue of scale, but most are developed before the corporation signs up, so they fall down on additionality.

It has historically been challenging to sign offsite PPAs in Japan, as they involve power trading through the wholesale market. This model requires additional payment for participating in the Japan Electric Power Exchange (JEPX) and using cross-regional lines if needed. The additional costs make Japan’s offsite PPAs costlier than in other countries.

Instead, ‘self-wheeling’ is now a popular option for corporate energy buyers and has unlocked several offsite clean energy procurement opportunities. Self-wheeling is the act of receiving generation from one’s off-site power plant via the grid, bypassing the wholesale market (JEPX). For instance, solar developer Eco Style has started offering this service and other developers are likely to follow. Power plants used for self-wheeling can be directly owned, or leased by a third party. The user needs to pay for the PV system (including grid connection fees), wheeling charges, and service fees (including balancing costs and margins for service providers). According to Eco Style, the total cost can be around 11-13 yen/kWh, assuming a roughly 530kW solar project. This is more economical than purchasing grid electricity along with green certificates to meet a sustainability goal.