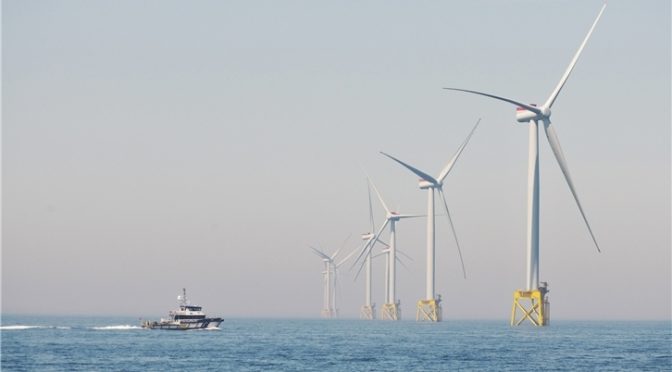 Iberdrola, through its subsidiary ScottishPower Renewables, has started up what to date is the largest wind energy installation in its history and one of the world’s largest of its kind: the East Anglia ONE offshore wind farm, in British waters of the Sea of ??the North. With an installed power of 714 megawatts (MW), the 102 wind turbines that comprise it are already operational, producing clean energy for 630,000 British homes.

East Anglia ONE has started within the initially planned deadlines, despite the complex environment generated by the Covid-19 pandemic. In fact, around 20% of the installation of the wind turbines was carried out during the period of confinement in the United Kingdom, which forced the company and its professionals to change their work operations: smaller vessels were enabled to reduce to the maximum For the crews, coexistence spaces were created between professionals to avoid contact with people outside the project and specific health protocols were developed, avoiding changes in the equipment.

East Anglia ONE is operating at full capacity, after allocating a total investment of 2,500 million pounds to its development and employing 3,500 professionals during its construction. To these are added the 100 permanent and qualified jobs generated for the operation and maintenance of the park, at the Lowestoft base, on the east coast of the United Kingdom, about 200 kilometers from London.

Iberdrola thus anticipates the energy model of the future. The commissioning of East Anglia ONE reinforces Iberdrola’s leadership in the development of offshore wind energy, a technology in which it has a portfolio of 12,000 MW worldwide, to which are added 9,000 MW of development options in Sweden .

Spanish technology in the North Sea

This new facility becomes a new example of green recovery as an engine for the economy and employment, both locally and for Iberdrola collaborating companies from other countries.

Specifically, the Spanish Navantia has manufactured at its facilities in Puerto Real (Cádiz) the substation of the park, baptized as Andalucía II. This large infrastructure is in charge of collecting the electricity produced by the wind turbines and transforming the voltage to be able to transfer it to the coast, for which two export cables are responsible for the seabed, each one with a length of about 85 kilometers .

In addition, Navantia Fene, in Galicia, has built 42 jackets or foundations on which the wind turbines are supported, each more than 167 meters high, while the Asturian Windar built the corresponding piles in its workshops in Avilés (Asturias).

Likewise, Iberdrola, through ScottishPower Renewables, has also made East Anglia one of the poles of its training development strategy, involving 3,000 students from across the educational spectrum, with the launch of the first apprenticeship program of the subsidiary and collaboration with ten engineering postgraduates at the University of East Anglia.

Following the commissioning of East Anglia ONE, Iberdrola has already set its sights on East Anglia HUB, which is the group’s largest marine project in the world and encompasses three projects with a total capacity of 3,100 MW: East Anglia ONE North , East Anglia TWO and East Anglia THREE.

The development of this large complex, which is scheduled to start in 2022, will require an investment of 6.5 billion pounds sterling, more than 7.6 billion euros. The three wind farms will be developed simultaneously and will make Iberdrola one of the main operators in the offshore wind energy sector in the United Kingdom.