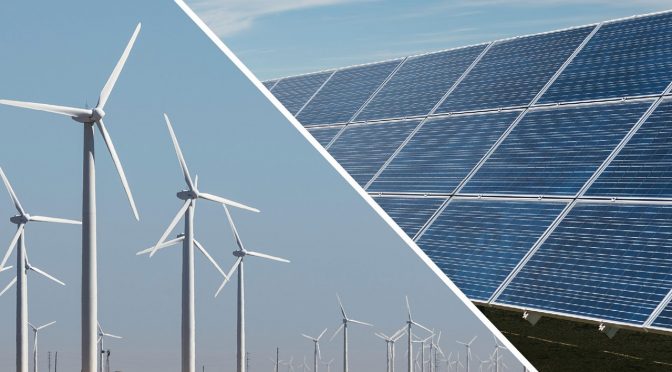 RWE is rigorously pursuing its growth and investment strategy. By year-end, the company will commission new wind and solar farms with a total capacity of 1.3 gigawatts (GW), even though the commissioning of some assets will be deferred to next year due to the coronavirus, especially in the USA.

In terms of business performance, RWE is very pleased with the developments in the first half of 2020.This is also reflected in the results: for the first six months, RWE posted adjusted EBITDA (earnings before interest, taxes and depreciation and amortisation) of €1.8 billion. This represents an increase of about 18% compared to the pro-forma figure of €1.5 billion for the same period last year. A 33% gain was registered for adjusted EBIT, which rose to €1.1 billion, compared to €817 million on a pro-forma basis in the prior-year period. Adjusted net income totalled €795 million. On this basis, RWE projects that both adjusted EBITDA and adjusted EBIT will be at the upper end of the forecast range for fiscal 2020: Adjusted EBITDA should come in between €2.7 billion and €3.0 billion, with adjusted EBIT of between €1.2 billion and €1.5 billion. The target for adjusted net income is €850 million to €1.15 billion. The company confirms its planned increase of the dividend to €0.85 per share for this year.

RWE will further strengthen its core business by investing in new assets, making acquisitions, developing project pipelines and driving innovative technologies forward. One example of this is the planned acquisition of Nordex SE’s European onshore wind and solar development business. As part of this, RWE will acquire a project pipeline of 2.7 GW, of which 1.9 GW is in France, with the remaining 0.8 GW in Spain, Sweden and Poland. Around 15% of the pipeline is close to the final investment decision or at an advanced stage of development.

Another example is the Sofia offshore wind farm, for which RWE has now chosen the preferred suppliers for the project’s high voltage direct current transmission system and turbines. This 1.4 GW wind farm off the coast of eastern England is one of the world’s largest and shall be powered by 100 state-of-the-art wind turbines. RWE is also involved in the promising field of hydrogen, the great hope for decarbonisation in industry, working on projects in Germany, the United Kingdom and the Netherlands at various stages of the value chain.

RWE’s financial reporting is aligned with the company’s new strategic focus. The core business consists of four segments: Offshore Wind, Onshore Wind/Solar, Hydro/Biomass/Gas and Supply & Trading. These four segments generated adjusted EBITDA of roughly €1.5 billion in the first half of the year. This represents growth of about 9% compared to the pro-forma result for the prior-year period. For the year as a whole, RWE is targeting for its core business operating earnings of between €2.15 billion and €2.45 billion.

In the Offshore Wind segment, adjusted EBITDA rose sharply in the first six months of 2020, reaching €585 million, versus €490 million pro forma in the same period last year. This increase of almost 20% was mainly due to better wind conditions in the first quarter of 2020. For the current fiscal year, RWE expects the segment’s adjusted EBITDA of between €900 million and €1,100 million.
Onshore Wind/Solar: Higher earnings thanks to portfolio expansion and good wind levels.

Adjusted EBITDA in the Onshore Wind/Solar segment increased by 12% to €273 million, compared to the first six months of 2019 when it totalled €244 million on a pro-forma basis. This performance was driven by the commissioning of new capacities and higher wind volumes. For this year, RWE expects the segment’s adjusted EBITDA of between €500 million and €600 million.

Gains were also registered for Hydro/Biomass/Gas, as this segment’s adjusted EBITDA rose to €324 million in H1 2020, from the pro-forma result of €221 million in the same period of 2019. The reinstatement of the British capacity market was an important factor. For the current fiscal year, RWE projects that adjusted EBITDA will be between €550 million and €650 million for this segment.

Despite the sudden fall in commodity prices due to the corona crisis, RWE’s trading activities delivered extremely satisfactory results. Adjusted EBITDA reached €322 million, compared to the exceptionally good pro-forma result of €461 million for the prior-year period. For fiscal 2020, this segment’s adjusted EBITDA is projected to total between €150 million and €350 million, with RWE expecting the figure to be at the upper end of this range or even above it.

Adjusted EBITDA achieved by the Coal/Nuclear segment roughly doubled compared to the prior-year period, reaching €310 million versus the last year’s pro-forma result of €148 million. This was mainly due to higher wholesale prices. Almost all of the production from these plants had already been sold forward in previous years. For the year as a whole, RWE still expects adjusted EBITDA of between €500 million and €600 million for this segment.

In early July, the German Federal Parliament (Bundestag) and German Federal Council (Bundesrat) approved the Coal Phase-out Act, which is of particular importance for this segment. In just four months time, RWE will decommission the first lignite-fired unit with a capacity of 300 Megawatt (MW). This will be followed by additional units with a total of 2,500 MW in the next two years. By 2030, RWE will shut down two thirds of its lignite-fired capacity. As a result of this, more than 3,000 jobs will be reduced by the end of 2022. More than 6,000 positions will be cut by 2030. Consequently, the total number of employees in lignite operations will fall by more than 60% in just ten years.

For RWE, it is important that the public-law contract between RWE and the German Federal Government be signed following the parliamentary summer recess and that a guideline on adjustment allowances for employees be passed. Phasing out coal is an important part of
RWE’s strategy. Presently, lignite and hard coal assets only account for around 30% of RWE’s generation capacities. Within 10 years, this share should shrink to less than 10%. And RWE will be carbon neutral by 2040.

“The coronavirus continues to cast a shadow over the global economy. But RWE has weathered these difficult times well so far, and this is also reflected in our business performance for the first six months. Our earnings are growing considerably. Thus, we expect both adjusted EBITDA and adjusted EBIT to be at the upper end of our forecast range for 2020. We confirm our target of increasing the dividend. We are strategically well-positioned and pressing ahead vigorously with the expansion of our core business. That’s the basis for the new RWE to reach its ambitious goals: to be carbon
neutral by 2040 and to remain one of the world’s leading companies in the field of renewable energy.” Markus Krebber, Finanzvorstand der RWE AG