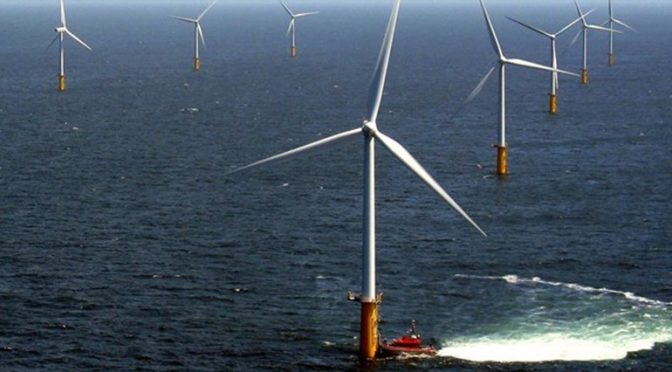 A consortium of Shell and Eneco has triumphed in the latest subsidy free Dutch offshore wind auction, securing the right to build the 759MW Hollandse Kust North project.

The CrossWind joint venture will install 69 wind turbines from Siemens Gamesa, each with a capacity of 11MW and a rotor diameter of 200 metres, according to the Ministry of Economic Affairs and Climate Policy (EKZ).

“We are proud to realise Hollandse Kust North together with our joint venture partner Eneco,” said Shell director of integrated gas and new energies Maarten Wetselaar.

“Offshore wind will play a pivotal role in the worldwide energy transition. It will also be another important next step in our ambition to become a net-zero emissions business by 2050 or sooner.”

The project is located 18.5 kilometres off the Dutch coast, covers an area of 125 square kilometres and is due online in 2023.

In announcing the winning bidder, the EKZ highlighted CrossWind’s commitment to “test a variety of innovations in the field of energy storage and flexibility” at the project.

Shell said the offshore wind farm will include five technology demonstrations that could be implemented at full-scale in the future.

The project will feature a floating solar park, short-term battery storage and turbines that are optimally tuned to the network to minimise the negative ‘wake’-effects that wind turbines have on each other.

Power from the project will also be used to produce green hydrogen made by electrolysis as a further storage technique.

“The combination of these individual measures (will) ensure a continuous power supply regardless of the wind situation,” Shell said.

The CrossWind team will work closely with universities and scientific institutions to develop further technical innovations.

“The sustainable, locally generated energy will make an important contribution to our ambition to support every household and company in the Netherlands to switch to a sustainable and clean energy supply.”

The rights for the site were put up for grabs in an auction held by Netherlands Enterprise Agency (RVO) in April this year.

CrossWind beat off competition from developers including Orsted, which announced it had bid for the site earlier this year.

“We submitted a strong bid in a very competitive market and will now evaluate the outcome of the tender,” said Orsted chief executive of offshore wind Martin Neubert.

“The Netherlands remains an important market to Orsted and with the ambitious Dutch target of 11.5GW by 2030, we see a lot of future potential.”

Vattenfall, EnBW and Innogy declined to participate in the auctions for the site.

Vattenfall cited uncertainty in energy prices driven by the Covid-19 pandemic as its motive for pulling out.