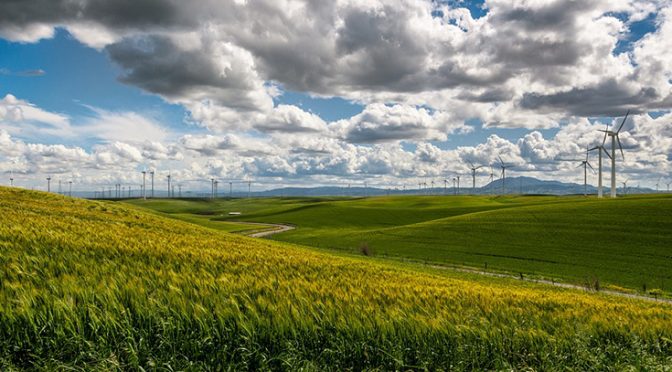 The wind power facility will be built near Rogatec, in a mountain range right next to the Croatian border.
With the entirety of Europe looking to become more sustainable and environmentally friendly, over the past couple of years countries have grown more and more eager to explore different energy alternatives that would allow them to reach their climate targets.

The latest development in terms of renewable energy in Slovenia comes in the form of a brand-new wind farm that was greenlit for development earlier this week by the country’s government. The new facility will be built near the town of Rogatec at the mountainy border with Croatia.
Wind energy – vital for a sustainable future

The new wind farm that will be constructed will have a capacity of 21.6 megawatts and will consist of a total of six wind turbines built in the Maceljska Gora ridge near Rogatec. They will be located in a sparsely populated area of the municipality, far away from any nearby settlement so as to not to increase the impact of noise and visual pollution for the local population.

The construction of this new farm marks an important step in Slovenia’s journey to becoming more climate-friendly. The government’s current objective is to have at least 27% of the country’s energy production come from renewable sources by 2030, with the number being 21.1% in 2018.

Furthermore, the farm will also be a big step forward in the development of wind energy in Slovenia. Currently, there are only two wind turbines in operation in the entirety of the country – responsible for 0.04% of its energy consumption. That is set to change with the addition of the Rogatec wind farm but opposition from local organisations that cite environmental and noise and visual pollution concerns remains strong and hard to overcome for authorities.