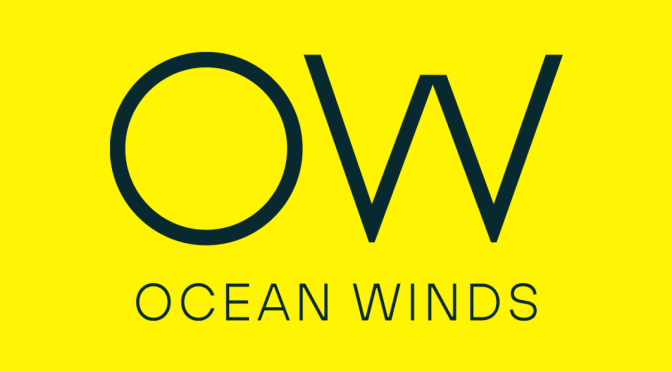 Ocean Winds (OW) is the result of a joint venture announced in 2019 and controlled in equal parts by EDP Renováveis and ENGIE.

The new company, headquartered in Madrid, will act as the exclusive investment vehicle of both companies to capture offshore wind energy opportunities worldwide.

OW is the first brand to be created using the sound of the wind on the high seas.

ENGIE and EDP Renováveis have announced the creation of Ocean Winds (OW), a joint venture equally controlled by both companies in the floating and fixed offshore wind energy sector. The new company will act as the exclusive investment vehicle to capture marine wind energy opportunities around the world and will become one of the top five offshore global operators by combining the industrial and development capacity of both parent companies.

Spyros Martinis, CEO of OW, explained: “OW has been created with the intention of combining the experience and knowledge of two companies with a successful track record in the generation of renewable energy under one single firm, in order to take a leading position in the marine wind sector. We share a vision for the key role of renewables in general, and offshore in particular, in the new energy model. The creation of a company combining the experience and resources of both will give us the chance to lead a sector in this increasingly real and necessary transition.”

Grzegorz Gorski, COO of OW, added: “Weare continuously monitoring the evolution and regulation of multiple countries. We are seeking not just to grow in the markets where we are already present, but also to explore opportunities to add value in new countries.”

OW will have over 200 employees at the time of its launch and expects to reach 300 towards the end of the year. This remarkable human team will represent over fifteen different nationalities, including highly qualified staff, almost a third of them women and 99% with fixed employment contracts.

The origin of the OW brand is no coincidence. When ENGIE and EDPR were looking for a name for the new business they brought in a team of scientists who could help to identify the sound of the wind in the Roman alphabet. They developed a specific algorithm and equipment to transcribe into letters the sound of the wind recorded offshore over a 48-hour period. The two most commonly occurring letters were “O” and “W”, thus giving rise to the name Ocean Winds. You can find out more about OW’s brand creation process in www.oceanwinds.com

OW is a 50:50 offshore wind joint-venture, owned and created by EDPR and ENGIE in 2019. Both companies believe that offshore wind energy is becoming an essential part of the global energy transition, leading to the sector’s rapid growth and increased competitiveness. That is why they have included all their existing and pipeline offshore portfolio in the new company.

OW has a strategic advantage and is well positioned to play a leading role in the offshore market. EDPR and ENGIE are combining their offshore wind assets and project pipeline in OW, starting with a total of 1.5 GW under construction and 4.0 GW under development, with the target of reaching 5 to 7 GW of projects in operation or under construction and 5 to 10 GW under advanced development by 2025. OW primarily targets markets in Europe, the United States and selected geographies in Asia, from where most of the growth is expected to come.