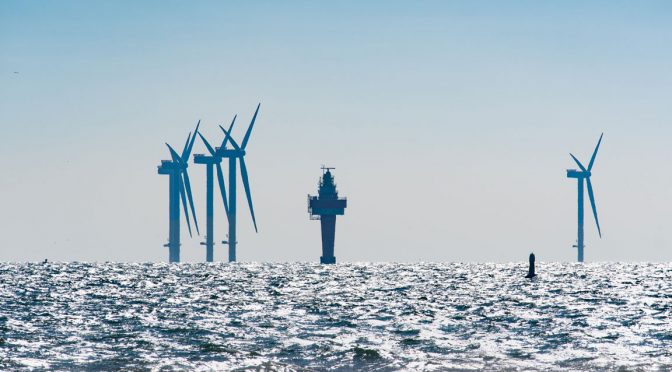 Under the plan, offshore wind power will provide 23% of electricity to customers statewide by 2050 with wind turbines.

The state has developed a roadmap for how it will build 7,500 megawatts of offshore wind capacity in 15 years, a goal that, according to the Murphy administration, will help New Jersey become a hub for the fast-growing sector.

The draft Strategic Offshore Wind Energy Plan (OWSP) focuses on a number of priorities that the state intends to pursue in trying to build a robust offshore wind industry while protecting its natural and environmental resources, as well as commercial and recreational fishing .

Offshore wind energy is considered a critical component of the state’s efforts to combat climate change and is seen as key to helping develop a green economy in New Jersey and providing thousands of high-paying jobs.
By 2050, offshore wind power will provide 23% of electricity to customers statewide, according to the 501-page plan.

“The development of New Jersey’s offshore wind infrastructure will create thousands of high-quality jobs, bring millions of dollars of investment to our state, and make our state a world leader in the development and implementation of offshore wind energy,” said the governor. Phil Murphy in the preamble of the plan.

The draft plan does not address potential costs in detail, although it acknowledges that upgrading port facilities around New Jersey to serve the offshore wind sector will require hundreds of millions of dollars in investment.

“The OWSP’s goal is to ensure competition, competitive prices, net economic benefit, protection of the environment and natural resources and the best overall value for New Jersey taxpayers,” according to the plan.

“We support offshore wind energy,” said Dennis Hart, executive director of the New Jersey Chemical Industry Council, “but at some point, the State Board of Public Utilities has promised its analysis of what it will cost taxpayers.”

BPU President Joseph Fiordaliso, at the agency’s bi-monthly meeting on Wednesday, described the draft as a comprehensive roadmap to achieve the 7,500 MW offshore wind energy target by 2035, while providing the best value for taxpayers.

The draft offers a series of recommendations focused on five priorities: protection of environmental and natural resources; maintaining viable commercial and recreational fisheries; build a supply chain and train a workforce; identification of ports and potential ports to serve the sector; and tackle transmission infrastructure to bring power from offshore wind farms to residents and businesses.

The last issue has been controversial with the promoters of wind turbines for offshore wind energy, which, until now, have chosen to build those lines to points on land. Others advocate the so-called trunk transmission system that would allow wind power to be carried down the coast. The draft recommends further studies on the subject.

The draft suggests that two ports will play an important role in the early development of offshore wind power: the New Jersey Wind Port in Salem County adjacent to the nuclear units there and Paulsboro. They will be especially critical in the deployment of the first offshore wind farm in Ørsted state, 15 miles from Atlantic City. The 1,100 MW Ocean Wind project is not expected to be operational until 2024.

The BPU is expected to seek an additional application for offshore wind energy projects later this year.