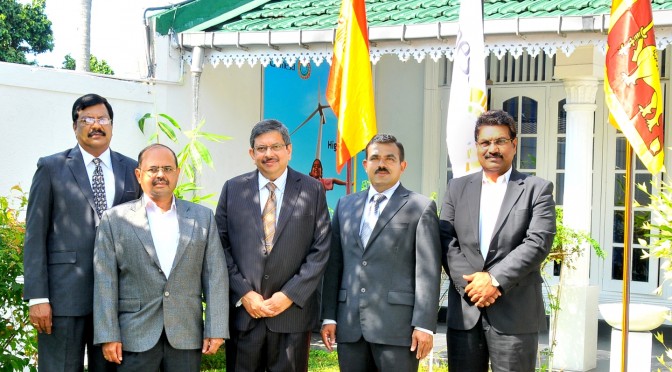 Sri Lanka has completed construction of two 10 MegaWatt renewable power plants in the Jaffna peninsula, and they will be formally commissioned later this month, officials said.

“We hope to connect the two 10MW plants to the national grid later this month,” Power Minister Mahinda Amaraweera said.

Ceylex Engineering, a affiliate of LTL Holdings won a competitive bid to build the two wind power plants and sell power to the Ceylon Electricity Board in 2017, but there were delays in land procurement.
The plants are now up and running and going through pre-commissioning tests and trial runs, an official said.

LTL group’s bid from a competitive tender called by the CEB to purchase power at 12.50 rupees a unit.

Industry sources at the time said powerful minister tried to halt the opening of the tender, at the behest of a so-called renewable energy ‘mafia’ to prevent the knowledge that wind power could be supplied at that price.

Earlier regulatory agencies were giving standard power purchase contracts for various renewable power plants at over 20 rupees a unit amid opposition from the Ceylon Electricity Board’s engineers, who were insisting on competitive bidding for private Independent Power Producers.