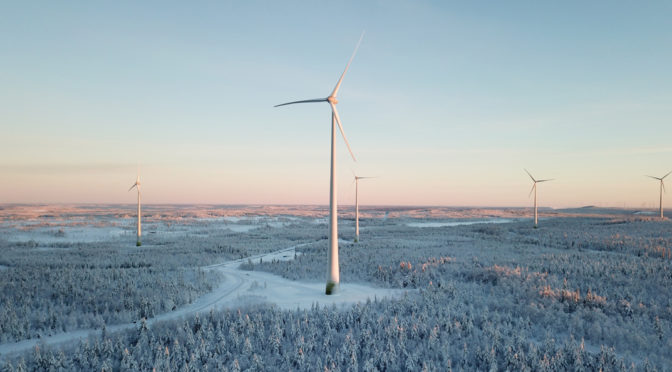 ENERCON has gained the Credit Suisse Energy Infrastructure Partners AG (CSEIP) as a majority shareholder for the ‘northern part’ of the Markbygden II project, a large-scale onshore wind energy project in Sweden. The Swiss investor is acquiring up to 85 per cent of the shares in the onshore wind farm in the municipality of Piteå, in the northern Swedish province of Norrbotten.

ENERCON is installing 63 x E-138 EP3 wind energy converters in the project with a nominal power of 252.7 MW. ENERCON itself will remain long-term shareholder with a minority of the shares, underlining its lasting strategic interest in Sweden as a wind energy location. The contracts were signed with CSEIP last Friday (29 May).

In this project, ENERCON will act as both a turnkey supplier of wind energy converters and a long-term full-service partner. The wind energy converters are guaranteed to have a technical availability of 98 per cent thanks to the proven ENERCON PartnerKonzept (EPK). In addition, ENERCON is also responsible for the commercial and technical operation of the wind farm. ENERCON’s extensive commitment was an important factor for CSEIP in selecting and making the decision to be involved in this attractive wind farm project in northern Sweden.

Enercon is supported by DNB Markets as M&A fi nancial advisor. Cirio acts as legal advisor for ENERCON in this transaction.