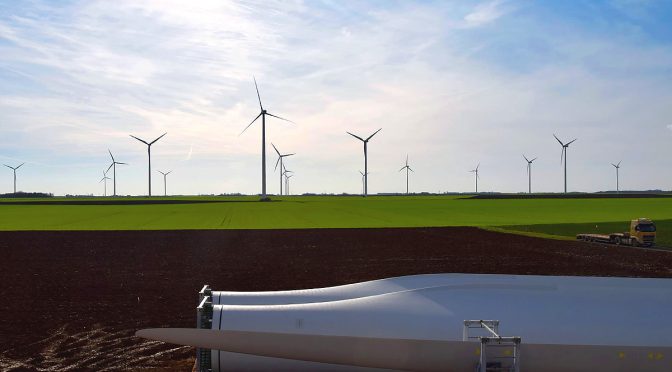 The first European Alliance for Green Recovery has been born, which will work to implement ecologically sustainable solutions in the economic strategy of the European Union, with the fight against climate change at the core of this strategy to emerge from the crisis caused by the COVID pandemic -19. The Spanish Wind Energy Association (AEE) supports this initiative on behalf of the Spanish wind power sector.

The alliance, promoted by Pascal Canfin, president of the Environment Committee of the European Parliament, has managed to gather 180 firms, including those of political decision-makers, executives of large multinationals, unions, NGOs and groups of experts who ask the European Commission that the Green Pact be used so that, in the face of the crisis generated by COVID-19, green investment packages are mobilized that allow the recovery and economic transformation of the EU countries to get out of this economic crisis, committing to the fight against climate change and the protection of biodiversity.

This alliance is thus aligned with the letter that 13 EU Environment and Climate Ministers sent to Brussels last week also demanding that the Green Pact, which was called to be the roadmap of Europe, not be left behind by the coronavirus to fight climate change.

Faced with the coronavirus crisis – the biggest challenge Europe has faced in peacetime, with devastating consequences and a shock to the economy more difficult than the 2008 crisis – ministers from 11 countries (including Teresa Ribera) have joined this Alliance , Fourth Vice President of the Government and Minister for the Ecological Transition and the Demographic Challenge), 79 MEPs from 17 Member States, 37 CEOs, 28 business associations representing 10 different sectors (including the Wind Business Association), the union confederation that represents members of 90 national union organizations and 10 union federations, 7 NGOs and 6 expert groups. All of them are committed to working together to create, support and implement solutions to prepare our economies for the world of tomorrow.

This first pan-European call for mobilization of post-crisis green investment packages will work to build recovery and transformation plans that enshrine the fight against climate change and biodiversity as a key pillar of economic strategy.

Sharing the belief that the economic recovery will only come with massive investments to protect and create jobs and to support all companies, regions and sectors that have suffered the sudden stop of the economy, the Alliance is committed to contributing to post-investment. the crisis decisions necessary to restart our economy.

The signatories commit to working together, sharing knowledge, exchanging experiences and creating synergies to launch the needed green recovery investments. And they explicitly support the Commission’s Green Pact as it has enormous potential to rebuild the European economy.

COVID-19 will not make climate change and nature degradation go away. The fight against this crisis will not be won without a solid economic response. The alliance is committed to participating in the fight and victory of these two battles simultaneously and, in doing so, to be stronger together.