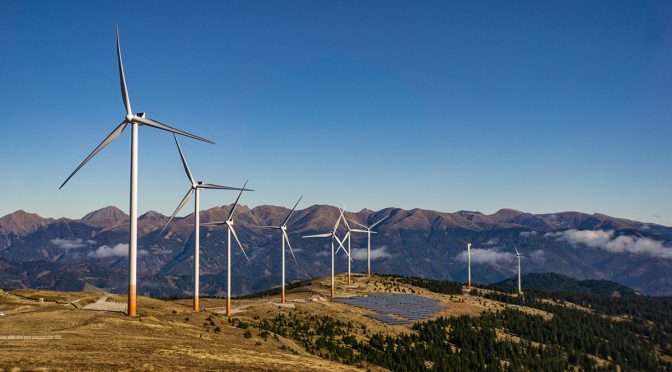 The Industrial Strategy to be launched by the European Commission will be a first test. Is this strategy supporting the industries that will deliver the European Green Deal?

Wind power is already 15% of Europe’s electricity. It employs over 300,000 people, represents more than €25bn of new investments and exports €8bn of goods and services every year. The European Commission’s decarbonisation strategy says climate neutrality will need 5 times more wind energy capacity by 2050 than Europe has today. So wind is a natural pillar of the European Green Deal.

But the wind turbines industry in Europe is under pressure like never before. The wind turbines supply chain is struggling. Europe is at risk of losing its global leadership on wind energy, and along with it tens of thousands of jobs in industry, research and innovation. Wind turbines has already lost over 38,000 jobs in Germany alone in the last 4 years.

China is now installing twice as much wind each year as Europe. It is reducing costs with economies of scale faster than Europe. Competition with the Chinese in third country markets is getting tougher because they come with cheaper Government-backed finance and benefit from structural overcapacities built on inflated subsidy regimes.

The Industrial Strategy can send a strong signal that Europe wants its companies to stay global champions. And that the EU’s industrial policy will be a driver for strategic value chains that will help achieve climate neutrality.

The accelerated deployment of wind energy is a pre-requisite to the success of strategic new value chains: low-carbon industry, clean mobility and renewable hydrogen.

But the wind energy sector should be recognised as a job creator too, and stand out as a strategic value chain in its own right.

Crucially, the document should include an export strategy for renewables, so Europeans can match Asian wind turbines companies that currently out-compete us on terms of finance in non-EU markets.

WindEurope CEO Giles Dickson said: “The EU needs 5 times more wind farm plants than it has today to go climate neutral. The question is: will these turbines be made in Europe? The European Green Deal can be the EU’s growth strategy as President von der Leyen said. This starts now with a an Industrial Strategy that recognises wind energy. And ensures Climate neutrality translates into hundreds of thousands of wind energy jobs here in Europe.”