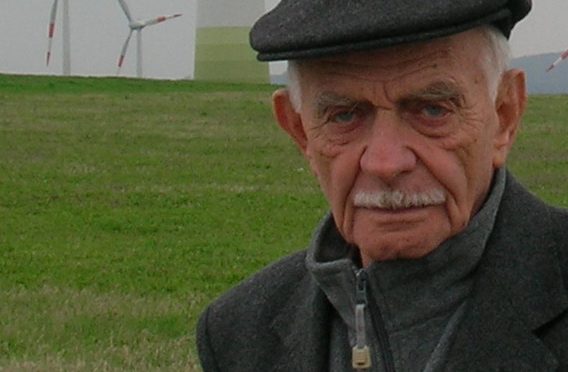 With sadness, WWEA has received the message from Argentina that Prof. Dr. Erico Spinadel has passed away earlier this week. Prof. Spinadel was one of the early pioneers of wind power in Argentina and internationally, and, since 1996, served the wind community of his country as founder and long-standing President of the Argentine Wind Energy Association AAEE. In this capacity, he was also one of the founders of the World Wind Energy Association whose Vice President he was between 2001 and 2011. The highlight of his involvement in WWEA was hosting the 6th World Wind Energy Conference 2007 in Mar del Plata which was the first international wind power event ever held in Latin America. After serving ten years as WWEA Vice President, Prof. Spinadel was appointed as Honorary Vice President and continued to contribute his advice and expertise to the international work of WWEA, until few weeks ago. In 2018, he was awarded for his achievements by the National Senate of Argentina.

WWEA’s has lost one of his founders, a wind power proponent who will leave a gap not only in his home country Argentina. WWEA colleagues from around the world are mourning the loss of a good friend and express their sympathy for his family and for the Argentinean wind community:

“We thank Erico Spinadel for his invaluable contributions to the development of wind energy in Argentina and worldwide, first as a scientist, later as President of the Argentine Wind Energy Association and also as Vice President respectively Honorary Vice President of WWEA. Our thoughts are with his family, to whom we express our deep sympathy.”

“Erico Spinadel will be remembered as the one who brought modern wind power to Argentina. Personally, he was always a very special, older friend for me who never hesitated to help with his advice. He was born in Vienna and and had to leave his original home country because of the Nazi terror. Nevertheless, he retained much of the Austrian manner of speaking and also of his Austrian courtesy.”

“Erico’s and our WWEC2007 in Mar del Plata was the definitive scientific and industrial start for Wind energy in Argentine with additional impacts on the neighbouring Latin American states. In all the following years he – without regards to his growing age – fought for the growth of wind and all renewable energies and technologies notwithstanding all opposition. He really had significant contribution to the advancement of wind generation in Argentina and internationally. Thank you so much, dear friend and colleague Erico! May your soul enjoy now warm winds and sun und more for ever!“

“Dr. Erico Spinadel will be remembered as a scholar, a collaborator, and definitely a leader. For his great contributions for developing countries in the field of wind power, we honor him, admire him, and miss him. May his soul rest in peace. We are sorry for the loss and please express our condolences to Dr. Spinadel’s family.”

“With the passing away of Erico Spinadel, I would say, an era has ended. Despite having reached ninety years of age, he was very active until very recently and taking interest in the working of the World Wind Energy Association. It is a great loss to the wind industry not only in Argentina but also in the world wind energy. To me, it is a personal loss because whenever I got in touch with him, he responded with encouragement and positivity.”

“Since then we met many times and I always found the same passion for the promotion of wind and renewable energies. It’s a great loss for Argentina as well as for the rest of the wind community. May his soul rest in peace.”

“As an engaged pioneer in Latin America’s energy transition, Erico Spinadel’s work was instrumental and he will surely be missed.”